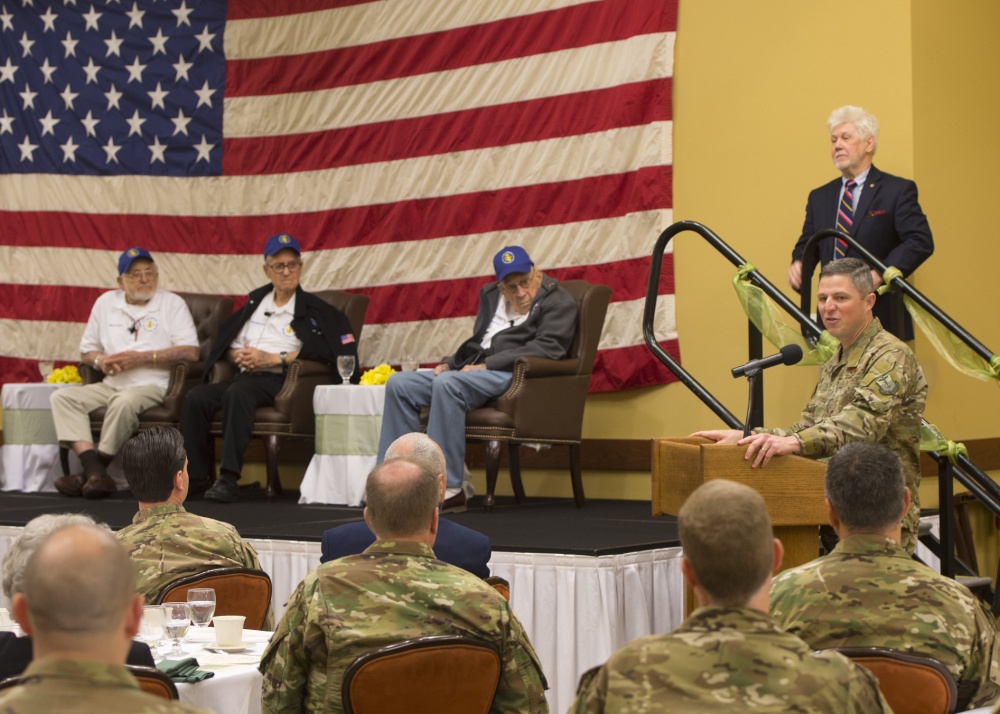 Hundreds of Air Commandos marked the 75th anniversary of Operation Thursday during a commemoration ceremony at the Hurlburt Field Air Park, March 5.

Operation Thursday was an unorthodox operation in which the first Air Commandos worked alongside British “Chindits” to insert thousands of troops behind enemy lines during World War II.

“Long before Operation Iraqi Freedom, long before Bosnia, long before Desert Storm, Just Cause, Desert One, Son Tay, there was Operation Thursday,” said Lt. Gen. Brad Webb, the commander of Air Force Special Operations Command. “Operation Thursday is acknowledged as the first allied air invasion in military history. [It] laid the capstone for what is AFSOC today.”

“We continue this legacy today and every day,” said Webb. “Air Commando veterans, you are our pathfinders. You are us.”

Five types of 1st Special Operations Wing aircraft participated in individual flyovers at the ceremony. Each aircraft has unique capabilities that pay homage to the original aircraft flown by the first Air Commandos.

“This is a legacy of facing the unknown, overcoming fears, and overcoming challenges with adaptability and innovation,” said Webb.

Air Commandos and British “Chindits” traveled more than 200 miles to insert more than 9,000 men, 1,000 mules, and 250 tons of supplies behind Japanese lines in Burma. Operation Thursday marked the first time in history that all casualties were successfully evacuated from behind enemy lines.

The operation is often considered to be the catalyst that pioneered the elite warfighting force that is AFSOC.

“Operation Thursday provided concepts that you and I have perfected over the years and execute on a daily basis around the globe,” Webb said. “We share, at a fundamental level, the same attitude, the same spirit, the same character as the men of the 5318th [Provisional Group (Air)] and now the 1st Air Commando Group.”