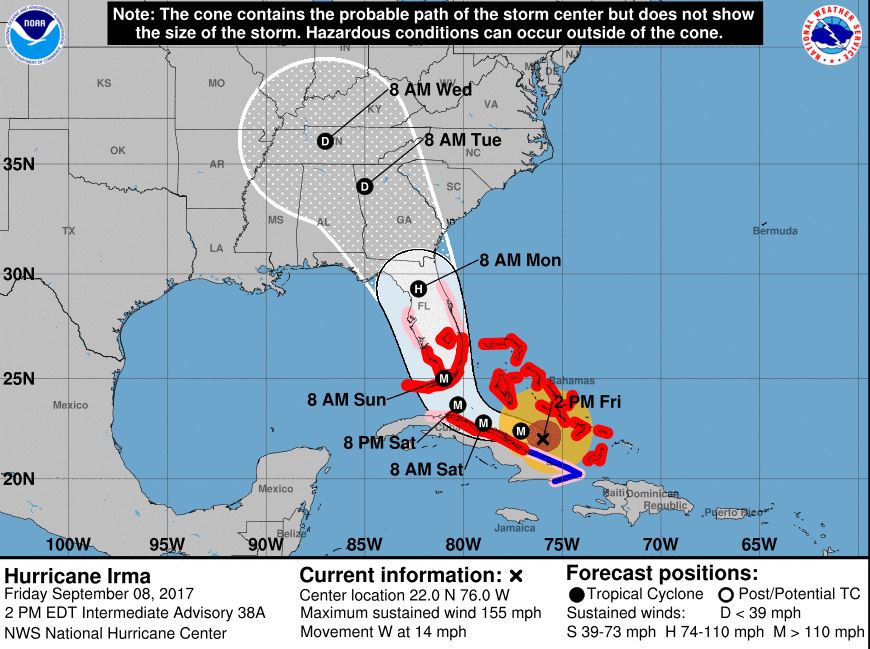 The National Hurricane Center’s 1 p.m. CST update shows Irma has been moving toward the west near 14 mph, but the hurricane should resume a west-northwest motion later today. A turn toward the northwest is expected by late Saturday.

Maximum sustained winds are near 155 mph with higher gusts, making it a category 4 hurricane on the Saffir-Simpson Hurricane Wind Scale.

“On the forecast track, the eye of Irma should continue to move near the north coast of Cuba and the central Bahamas for the rest of today and Saturday, and be near the Florida
Keys and the southern Florida Peninsula Sunday morning,” stated the update.