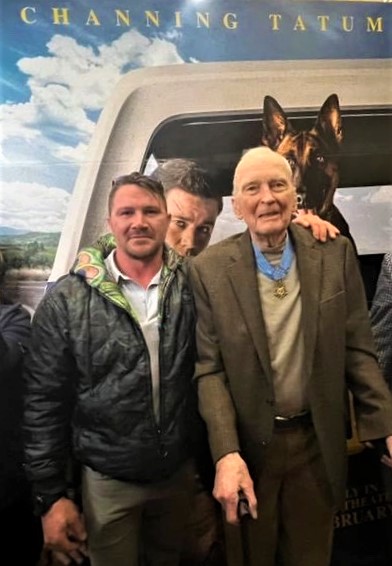 McDonald, left, pictured in front of the Dog movie poster with Ranger Hall of Fame Inductee and Medal of Honor Recipient Colonel (Ret.) Ralph Puckett Jr., one of the most decorated soldiers in U.S. history. Photos courtesy Julian McDonald.

McDonald also served as one the advisors for the film, which was developed after Tatum produced a 2017 HBO documentary about McDonald and two other military K9 handlers.

McDonald said he was touched to find out his current K9 MPC Layka, a Belgian malinois, was listed in the film’s credits as an inspiration for the movie.

He also laughs about his profanity-riddled reaction when he found out the movie’s main character, played by Tatum, works at a Subway restaurant – something McDonald did for a short period of time after leaving the military, helping out a friend who owns a couple of the local franchises.

In the movie, the main character searches for a purpose after leaving the military, and the dog helps him find it. It’s a scenario McDonald said often mirrors real life.

According to McDonald, who has been training dogs for 15 years, the Belgian malinois breed is a good fit with U.S. Army Rangers because they understand each other. He described the breed as “psychopaths” who have high-energy levels and need to have jobs to do, else they become destructive – as the dramatic comedy movie depicts.

Ahead of this week’s release of the movie and since COVID caused cancellation of the premier, McDonald last week was flown by the USO to Los Angeles, California, where he was reunited with other K9 trainers with whom he had served. 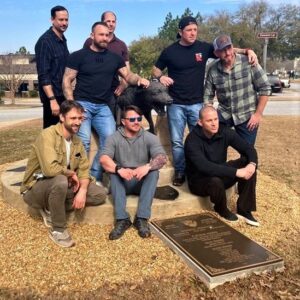 From there the K9 trainers and Dog producers flew by private jet to tour the Military Working Dog facility at Joint Base San Antonio-Lackland before flying to Fort Benning, Georgia, which is home of the 75th Ranger Regiment.

McDonald said he stayed at Tatum’s cabin for a week before shooting for the film took place in July 2020. The duo hung out and rode dirt bikes. McDonald crashed and knocked himself unconscious, requiring a trip to the ER. He was laughing at his injuries, and Tatum jokingly said “What’s wrong with you.” 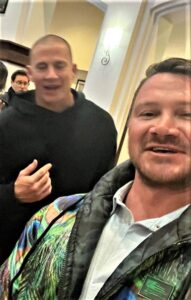 “He’s so funny, and he’s a very, very nice guy,” McDonald said of Tatum, pointing out that the star is the same in person as he is in films and unpretentious toward the general public. 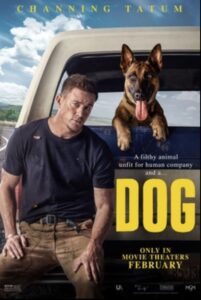 This evening at Bayou 15 Cinema in Pensacola you can catch a 7 p.m. Valentine’s Day 7 sneak peek of the film, which opens nationwide on Friday, February 18.

You can see McDonald in the movie’s second trailer around the 5-second mark, laughing at Tatum trying to handle a K9:https://www.youtube.com/watch?v=gUIJx0c46NU

Meanwhile, MPC Layka, who had been suffering from vestibular disease, which made her lethargic and causes jerking eye movements, has improved thanks to therapy and treatment. Next up, she and McDonald will serve as Grand Marshals for the March 5-6 Mardi Paws Parade in Louisiana.