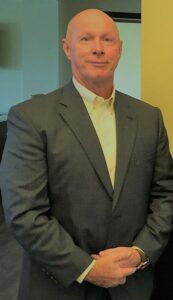 Holley Navarre Water System, Inc.’s Board of Directors met in an August 3 Special Session to hear the report of an independent, third-party investigator engaged to follow up on reports concerning the justice involvement of its Chief Executive Officer, Dallas Monroe Peavey, Jr.

Although the board issued a July 29 statement of support for Peavey, acknowledging awareness of 2009 theft charges, which were dismissed in 2014 after he satisfied court requirements, the board moved forward with the investigation.

That investigation confirmed that criminal charges for theft in Texas were dismissed, but the report contradicted the explanation given by Dr. Peavey regarding the underlying facts that led to the three count indictment in case number CR-36,616.

Based on this information, the Board voted unanimously to terminate Dr. Peavey.

Peavey signed a contract with the utility on November 19, 2020 and took over as its CEO 18 days later, following a 10-month search to replace former CEO Rob Williamson. HNWS board members say during the hiring process a third party performed a background check, which revealed no criminal convictions for Peavey

Initially Peavey’s leadership, including progress made on crucial wastewater treatment facility projects, was praised by board members and state agency officials.

However, Peavey’s tough, business-minded approach soon created friction with staff. Many employees became upset after a costly pension plan was frozen, and he also faced criticism from multiple employees who were fired during his roughly 20-month tenure.

But trouble recently escalated for Peavey after a HNWS board member became upset when the CEO denied a request to transfer commercial water taps from property being sold.

Subsequently, discussions ensured over Peavey’s previous legal trouble, and he was publicly accused of being a “felon.”

Peavey on July 29 vehemently denied being a felon and stated he intended to file a slander lawsuit regarding the matter.

Laura A. Nodolf, District Attorney for Midland County, Texas, during an August 3 phone interview with South Santa Rosa News, backed up Peavey’s assertion that he is not a felon, explaining adjudication was deferred related to three theft charges involving falsified receipts to Geotech, a subsidiary of Ortloff Engineers. Those charges were ordered to be dismissed in 2014 after Peavey successfully completed community supervision and paid restitution.

However, Nodolf, who prosecuted Peavey’s case, went on to explain the case had involved Peavey submitting receipts for meals “when in reality he admitted he was playing golf.” She also said he “came up with a story that he had to pay for some services out of his personal account.”

Nodolf’s explanation of the details which triggered the original charges conflicted with Peavey’s account.

According to Peavey, the roughly $22,000 in restitution was related to damage he caused to property while defending his daughter and her friend against a group of illegal immigrants who had tried to grab them from school. “We trailed those gentlemen back to their house,” Peavey said, saying he used an ax handle to cause damage to a vehicle and home.

Nodolf said she knows of no scenario in which the “ax handle” incident Peavey described played any role in the case she prosecuted. She went on to add that the FBI reviewed the case and subsequently closed the investigation into Peavey without taking any action.