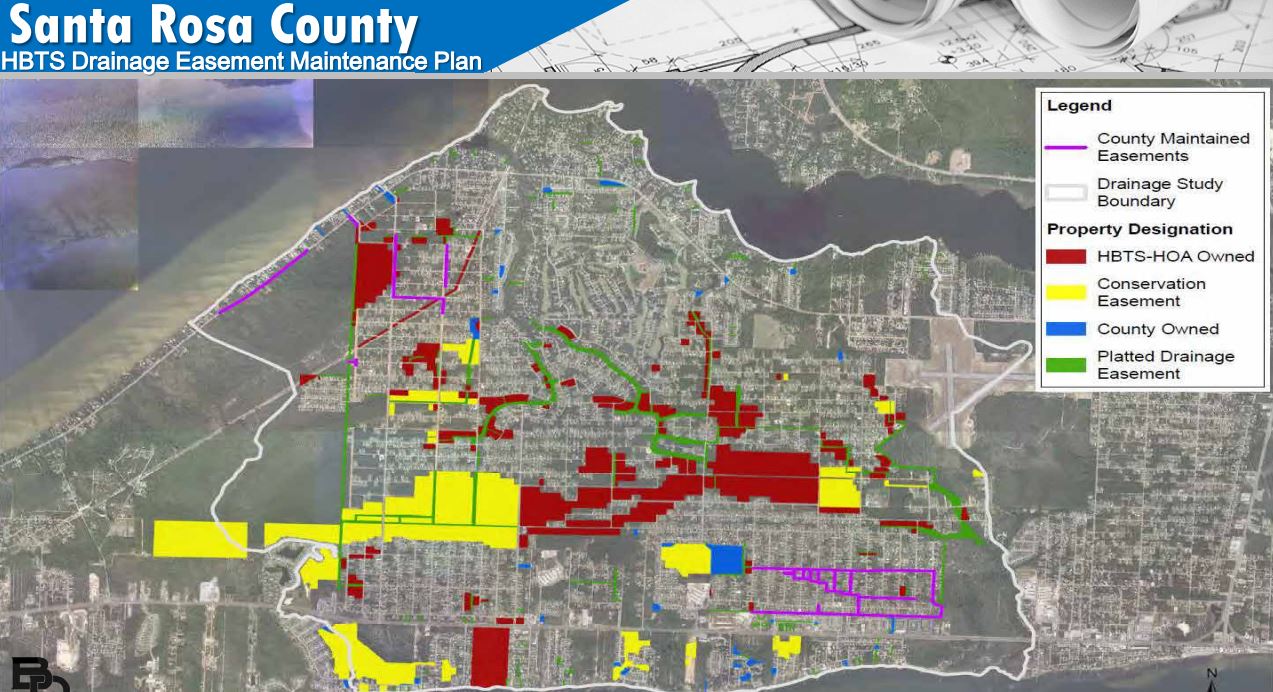 Santa Rosa County Commission Chairman Rob Williamson, following Monday’s board meeting, said further progress is being made to tackle the enormous storm water drainage issues in Holley By The Sea.

“We had approval today of another $619,000 for initial cleanout of storm water drainage easements in HBTS that had not been cleaned out before,” Williamson said.

According to Williamson, there were some additional funds leftover from the January 2016 HBTS drainage study conducted by Baskerville-Donovan, Inc.

Per that 2016 report, the observation was made that regular maintenance of the drainage courses within HBTS is necessary for drainage efficiency and due to the constraints of the area, maintenance is more critical than in other locations.

So Williamson in March requested the remaining study funds be allocated toward development of a HBTS Drainage Easement Maintenance Plan, which identified and evaluated more than 200 platted drainage easements and a number of non-platted drainage features.

BDI was tasked with producing the follow-up maintenance plan aimed to aid Public Works in developing a plan of maintenance activities to focus and prioritize efforts on the most critical maintenance operations.

Roughly $515,591 in project costs were identified and an additional 20 percent was factored in for contingencies, adding up to $619,000. The plan states that the county may need to contract out some of the maintenance.

Members of the Navarre Board of Realtors attended Monday’s committee meeting to advocate support for funding the $619,000 in improvements.

Campbell said that although citizens voted to fund infrastructure improvements, there’s a “monumental task” ahead to address the lack of prior planning. “His recommendations were a positive step in the right direction for both near-term and long-term mitigation,” she said.

“This isn’t a time for looking back at what we should have done differently but for us to all share in building a community that we all want,” Williamson said.

Commissioners are expected to officially approve the measure at Thursday’s regular board meeting.