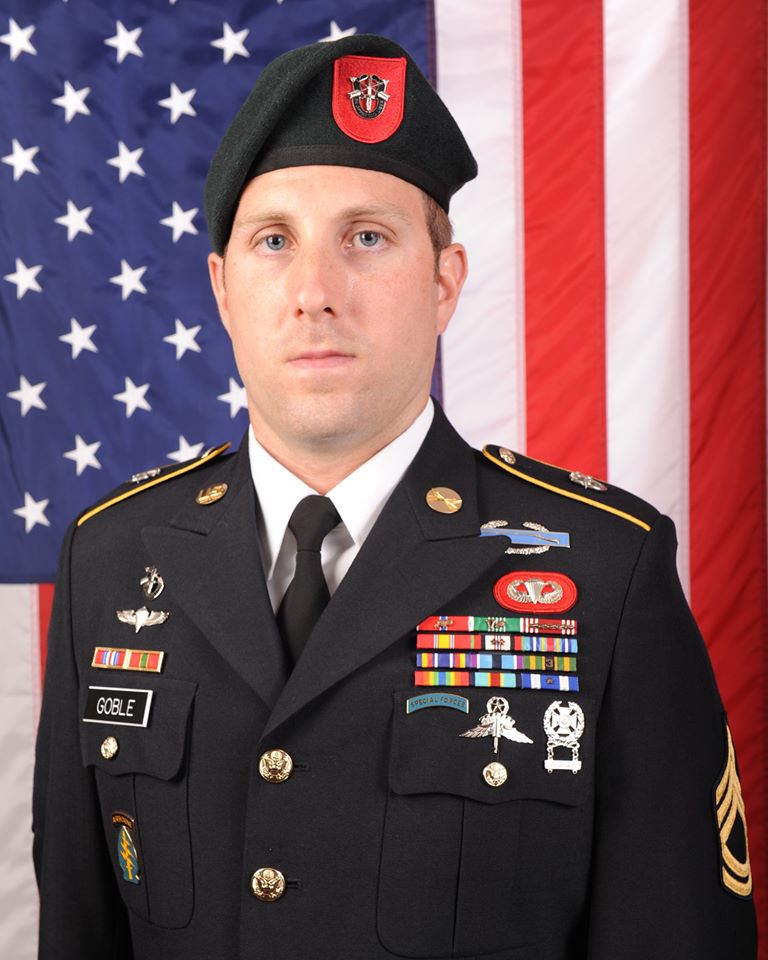 “Sgt. 1st Class Goble was more than just a member of the 7th Special Forces Group, he was a brother to us, and a beloved family member to the Northwest Florida community.” said Col. John W. Sannes, 7th SFG (A) commander. “We will honor our brother’s sacrifice and provide the best possible care to his family. We ask that you keep his Family and teammates in your thoughts and prayers.”

Goble was then assigned as a Weapons Sergeant to Company C, 1st Battalion, 7th SFG (A). He deployed to Afghanistan March thru October 2007 and May 2008 thru January 2009; Argentina in 2009; Guatemala in 2010; Colombia in 2011. Goble served as a Sniper Instructor from March 2012 thru January 2016, and returned Company C, 1st Battalion, 7th SFG (A) as a Senior Intelligence Sergeant. From April thru May 2018, he deployed to the Republic of Korea, then to Colombia from July thru September 2018.