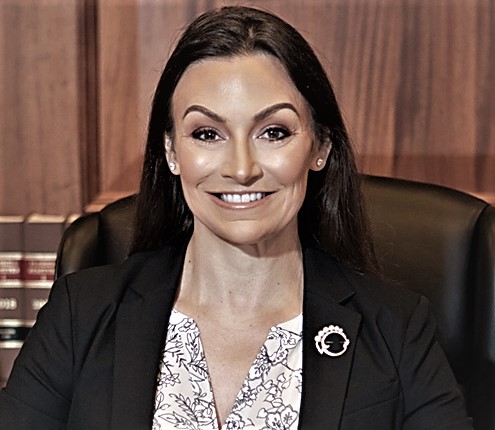 Florida Commissioner Nikki Fried and the Florida Department of Agriculture and Consumer Services (FDACS) Division of Licensing announced October 19 the suspension of six additional licenses held by individuals involved in the January 6th attack on the U.S. Capitol. This is on top of the 22 license suspensions announced in July by the Commissioner and FDACS related to the insurrection, bringing the total suspensions to 28.

“The storming of the Capitol on January 6th where we witnessed acts of violence and domestic terrorism intended to undermine our democratic institutions shook our nation to its core – and its impact continues to be felt every day. The individuals involved must be held accountable for their treasonous actions. While Florida has the shameful distinction of being home to the largest proportion of individuals charged in relation to the insurrection, our department has been using its lawful authority and carrying out its legal duty to suspend the licenses of anyone charged with disqualifying offenses,” said Commissioner Fried. “When we announced the initial 22 suspensions earlier this summer, we made it clear that this would be an ongoing effort and that additional suspensions and revocations would be issued as additional charges were filed and sentences rendered. Since that time, FDACS has suspended six additional licenses of individuals related to the insurrection, and should further charges and sentences come down, we will enact further suspensions and revocations of licenses issued by our department as required by Florida statute.”

The FDACS Division of Licensing administers Florida’s concealed weapon licensing program and oversees Florida’s private investigative, private security, and recovery services industries. The division’s regulatory oversight of private investigative, private security, and recovery services includes licensing, enforcing compliance standards, and ensuring public protection from unethical business practices and unlicensed activity. FDACS has the ability to and is legally required to immediately suspend a license if the licensee is charged with a disqualifying offense. Once a judgement is rendered, if the sentence disqualifies, FDACS can and must revoke the license.

Pursuant to Section 790.0601, Florida Statutes, FDACS can neither confirm nor deny whether an individual has ever applied for or received a concealed weapon or firearm license, as this information is exempt from disclosure as a public record.