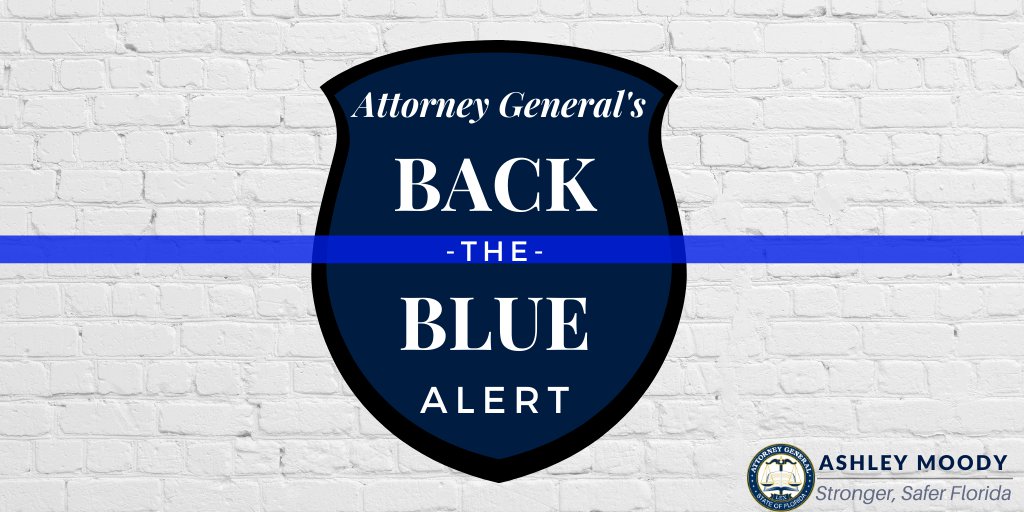 Florida Attorney General Ashley Moody today presented a Back the Blue Award to the Florida Association of Crime Stoppers for its role in helping Florida’s **TIPS tip line expand to nationwide use.

In October 2020, the Office of the Attorney General and FACS developed the first anonymous, statewide crime-reporting phone number, **TIPS, in the United States. Crime Stoppers USA recently adopted **TIPS for nationwide use so anyone in the country can report local crimes.

Attorney General Ashley Moody said, “For almost 45 years, Florida Crime Stoppers has given Floridians the power to report local crimes safely and anonymously to help law enforcement stop criminals. With the creation of **TIPS, crime reporting is easier and more convenient for citizens who now only need to remember one simple phone number nationwide. I am thrilled that Florida’s tip line will now be used across the country, and proud to recognize the Florida Association of Crime Stoppers with a Back the Blue Award for their tremendous support and success of this program that helps Back our Blue.”

Before the launch of **TIPS, Floridians needed to look up their specific region’s Crime Stoppers number to report a crime—there are 27 different offices each with separate phone numbers. Now, by simply dialing the six-key tip line on a cellphone, citizens are automatically rerouted to the regional Crime Stoppers office where the call is generated.

Last month, Attorney General Moody and Crime Stoppers USA announced that **TIPS was adopted for nationwide use. Now, anyone from anywhere in the country can report crime tips anonymously by dialing **TIPS on a cellphone.

In February 2021, Attorney General Moody announced a near-doubling of award money for anonymous tips in murder cases that lead to an arrest. The bump increased the maximum allowable award amount from $5,000 to $9,500 for tips provided to FACS that lead to arrests with the goal of increasing community participation in solving murders.

The Back the Blue campaign highlights law enforcement officers, citizens and organizations taking extraordinary steps to forge positive relationships between law enforcement and local communities. Attorney General Moody has issued more than 40 Back the Blue Awards since taking office in 2019.

To nominate a law enforcement officer, citizen or organization for a Back the Blue Award, or to learn more about Attorney General Moody’s Back the Blue campaign, click here.