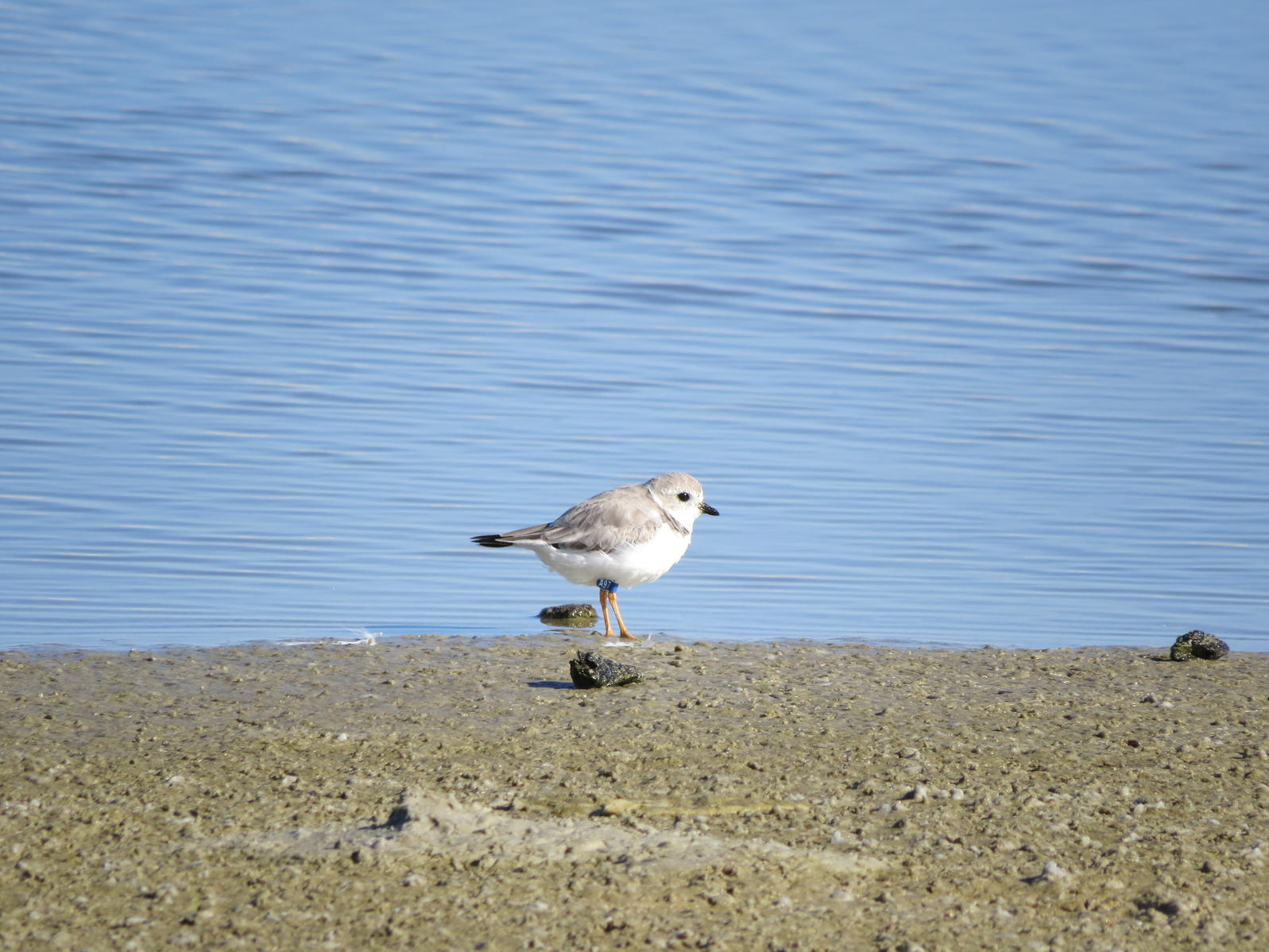 The tale of a “snowbird” that survived 140+ mph winds

Piping plover A97 hatched along the Missouri River near Lexington, Nebraska in 2015. He has a metal USGS band on the upper left leg and his upper right leg has a dark blue flag with A97 inscribed on it. Since hatching, he has arrived every year in late July on the same stretch of beach in Florida’s Panhandle, give or take a few meters. That’s over 1,100 miles one way! Even so, this bird and many others are documented migrating to the same breeding and wintering grounds year after year with near pinpoint accuracy.

Piping plovers are known for exhibiting site fidelity both on their breeding grounds and on their wintering rounds. Site fidelity is the tendency of a bird to stay at the same site year-round, or return to a particular area to breed or overwinter in subsequent years. Color banding birds is just one way in which tracking individual birds is made possible. In a previous job, I saw the same color-banded female Piping Plover nest within a few meters of where she nested the previous year! Piping plover A97 is an example of winter site fidelity to Gulf County’s Eglin Cape San Blas beach.

Migration isn’t a small feat and has its fair share of challenges. Migrating birds are susceptible to exhaustion, starvation, collisions with windows and other objects, predators, disease, pollution, natural disasters, poisons, hunting, and plain old inexperience. Now add to that the fact that A97 survived Hurricane Michael’s category 4 wind speeds and you have one tough plover!

Exactly where A97 went to escape the high wind and surf conditions during the October 10, 2018 passage of Hurricane Michael is unknown. However, as soon as it was safe, Audubon field biologists were back on the beaches conducting winter shorebird surveys and sure enough, A97 was re-sighted on his usual stretch of beach. As of April 1st, he was still on his winter beach stretch but soon this tough little bird will head back north to its breeding ground in Nebraska. With any luck, we will see him back at Eglin Cape San Blas again by mid-summer.