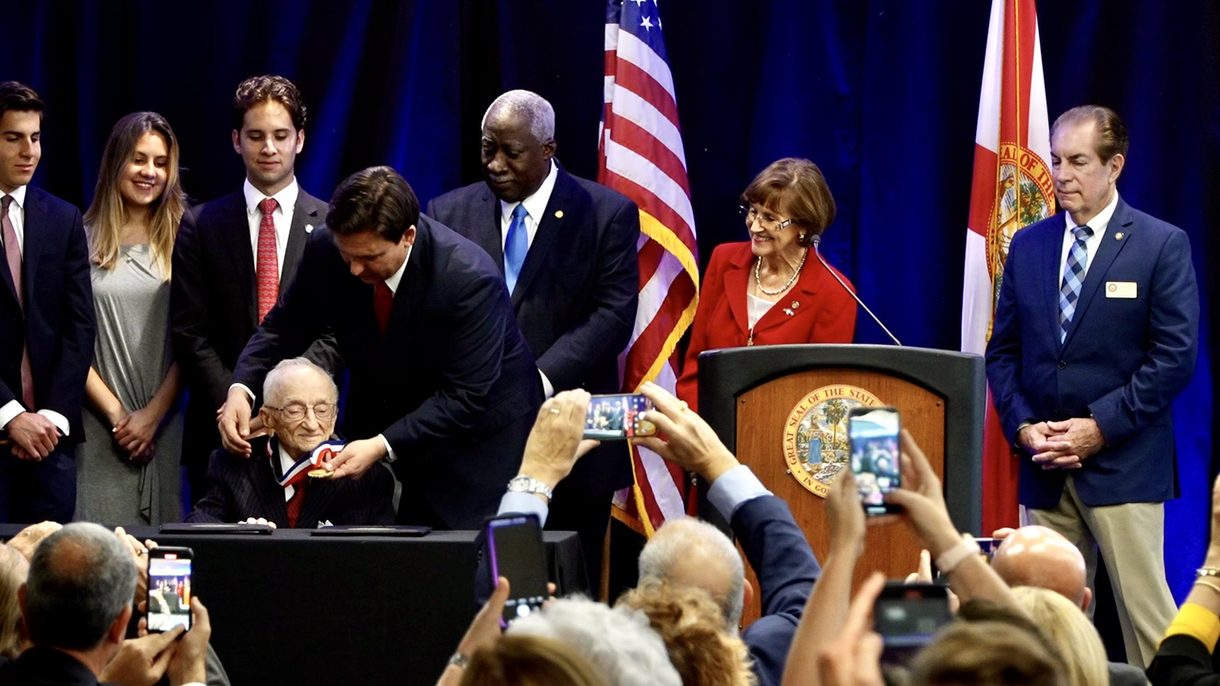 “Ben Ferencz held the Nazis accountable for the atrocities they committed in perpetrating the Holocaust, and it is because of his work as the Chief Prosecutor for the United States at the Nuremberg War Crimes Trials that we have the fortitude today to say never again will we let a tragedy like the Holocaust occur,” said Governor Ron DeSantis. “As the last surviving Nuremberg prosecutor, Ben Ferencz is a living legend, and we are proud that he is a Florida resident.”

At the ceremony, Governor DeSantis signed SB 1360, making the Governor’s Medal of Freedom a permanent feature of Florida statutes, affording more great Floridians the opportunity to be honored with this accolade in the future.