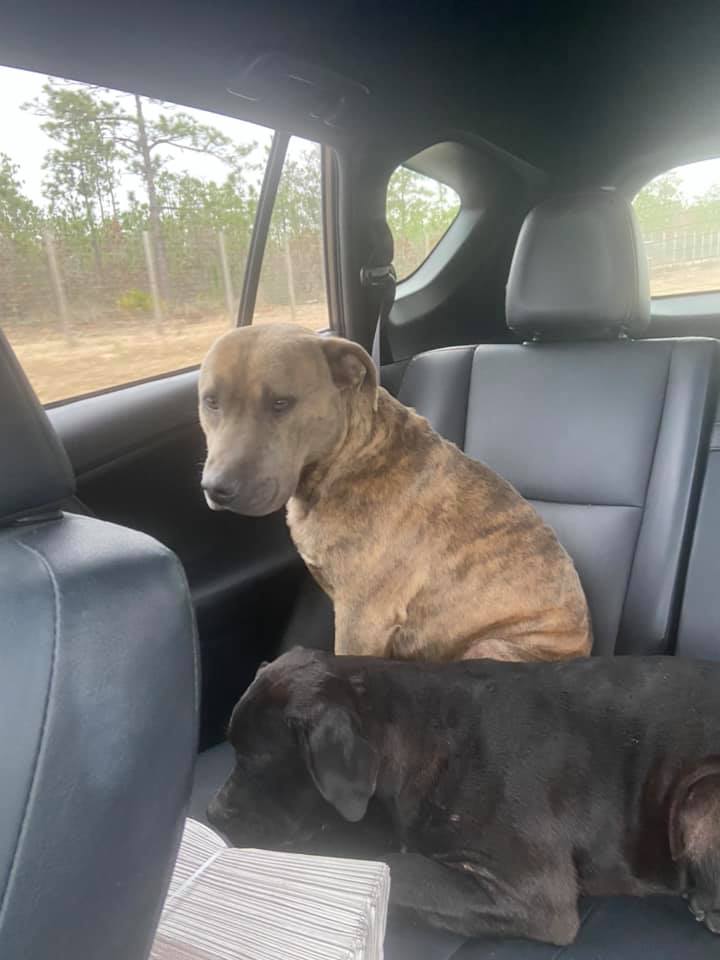 A report later surfaced, indicating the dogs had first been spotted at that remote location around New Year’s Day.

The temperature yesterday was in the mid-40s. They were shivering and hungry. It was a truly heartbreaking discovery.

White was able to coax the oldest dog into her SUV with food. When she went to pick up the smallest dog, she recoiled in horror, realizing it was covered in ticks.

The search immediately began for someone who could care for the dogs since the animal shelter was closed and White was unable to foster them.

L&R Rescue in Navarre immediately responded to pleas for help, offering to scan the dogs for microchips. Unfortunately there were no chips to link the dogs to an owner. However, L& R Rescue owner Melanie Hawkey was kind enough to take in the dogs for the night.

Even though it might sound like the trouble was over for the dogs, the problems were just beginning because White’s plea for help was shared into a local Lost and Found Pets Facebook group.

You see, when animals are rescued, there are certain people on social media who AGGRESIVELY claim ownership.  According to a Santa Rosa County Animal Shelter volunteer, sometimes multiple people attempt to claim the same animal and become “irate,” wanting an animal immediately – without being properly vetted.

Additionally, there are also some who want to “hurry up” and rush a reunion – sometimes reuniting the wrong person with someone else’s dog — a sad situation one woman alleges happened to her border collie in Lost and Found Pets of Milton and Pace, Florida, a Facebook group run by Escambia County resident Sherri Barberi.

Barberi yesterday suggested to Marshae Thompson that one of dogs White recovered might be Thompson’s missing dog.

Thompson then began messaging Hawkey and White, who provided a close-up photo, showing the white chest markings were clearly not the same between the rescued dog and the missing dog (both pictured below). The dogs’ size, snout and overall coloring also appeared to be different. 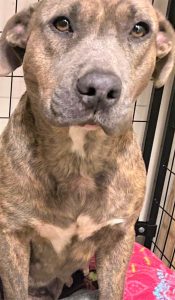 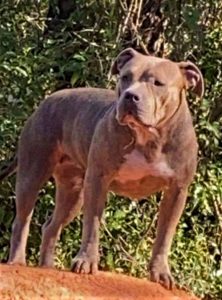 But that didn’t resolve the matter. Thompson, her family members and Barberi started bullying to get the rescue to allow Thompson to come see the dogs. 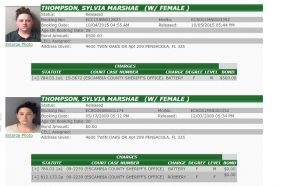 Thompson was arrested for robbery and battery in 2009, serving about 6 months in Escambia County Jail; she was arrested again in 2015 on another battery charge and released the following day.

The stress became too much for Hawkey, who called the emergency number for the Santa Rosa County Animal Shelter, asking staff to come immediately to pick up the dogs instead of waiting until Monday to get the dogs.

Santa Rosa County Animal Services Staff Member Tara Deaguilera jumped into the Lost and Found Pets Facebook group, defending Hawkey and White and reassuring Thompson she could come to the animal shelter, provide proof of ownership and claim the dog – if it was rightfully her animal.

Ultimately, however, the dog did not belong to Thompson, who refuses to apologize to Hawkey – despite calls for her to do so.

So here is some advice…don’t risk a potential confrontation with someone with a violent record. Don’t entrust your personal safety nor that of needy animals to a keyboard warrior who tries to force reunions for bragging rights. Seek out professionals.

If you rescue a dog, instead of sharing it to social media and facing harassment, intimidation and pressure, work directly with the professionals at the county’s animal shelter – or at a local rescue, if animal services can’t immediately be reached.

These professionals are trained and equipped to deal with ownership disputes while also providing any needed medical care.

One unnamed shelter volunteer said staff will work with rescuers to take in pets if they cannot be kept until Monday. “Not everyone is aware of that, and a reputable local rescue is always a good choice,” she said.

If you would like to support the admirable efforts of L&R Rescue, you can donate through this link: http://lnrrescue.com