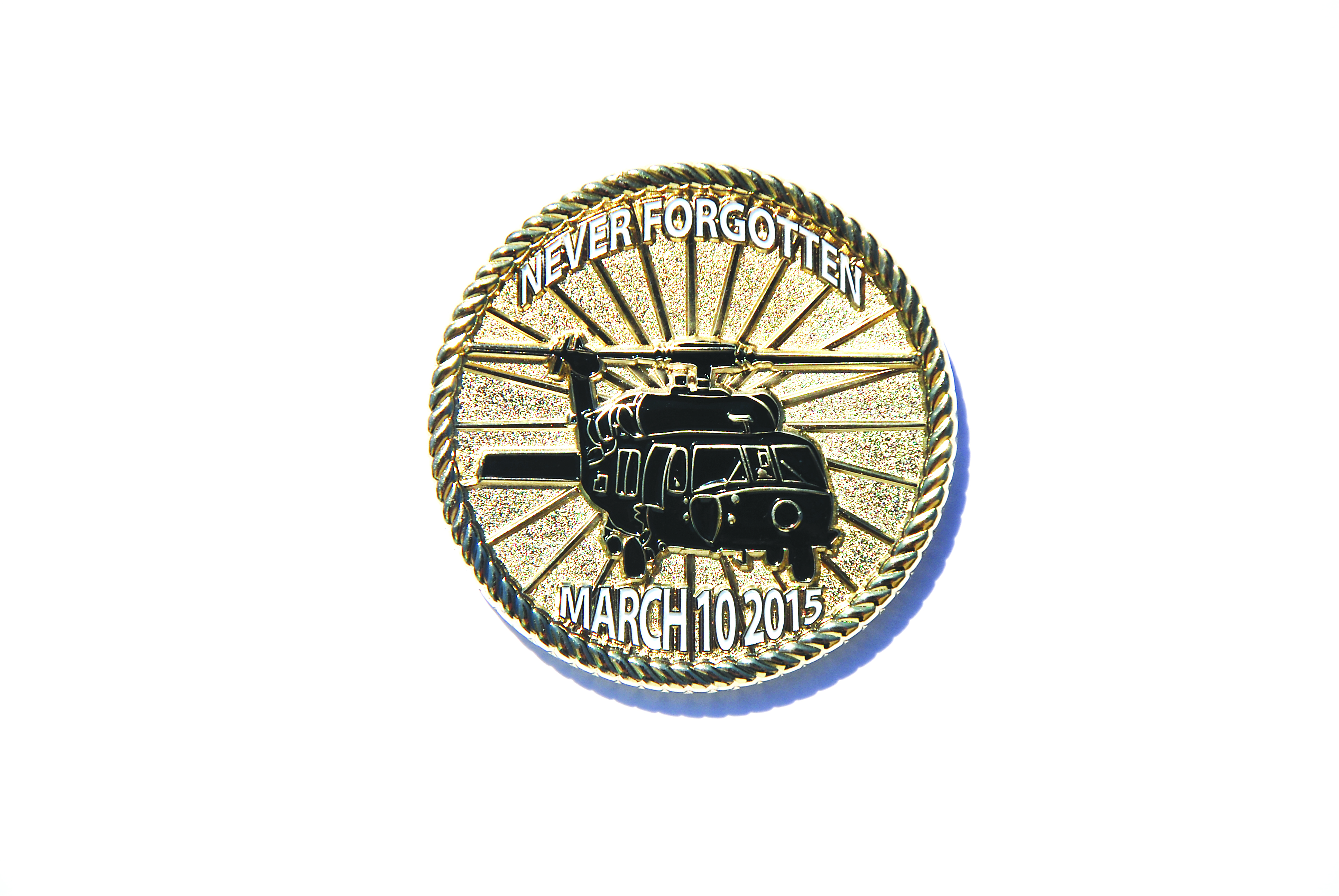 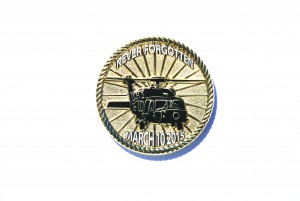 Nearly one year ago, 11 servicemen perished in a CH-60 Blackhawk Helicopter training exercise when the helicopter crashed into the Santa Rosa Sound in Navarre.
Since then, locals have garnered support to not only build a memorial for the seven Marines and four National Guardsmen, but a separate group plans to host a personal memorial for the victims’ families next week.
The three-day long memorial will finish off with a ruck march, led by Marines, from Navarre Beach to Navarre Park. And then from Navarre Park to Camp Lejeune, N.C.
Poor visibility due to heavy fog was thought to have been the cause of the crash a year ago. The fog hindered rescue and recovery efforts following the crash that received nationwide media attention.
The local group helping put on the three-day memorial event have raised nearly $9,000 to get a handful of the victims’ family members to Navarre. The group’s original goal was set at $10,000. But thanks to condominium donations and other miscellaneous donations, visiting family members will have little to worry about upon their arrival next week.
“We have had sponsors come forward. We have had the dinners paid for. Beach homes have been donated. We have had just an overwhelming response from the Navarre community,” said event organizer and local business owner Donna Sue Harvell.
The group, led by four local residents, including “Jersey” Jerry Foster, have been in the process of selling Blackhawk Memorial coins for $10 each to help raise money for the nearly 100-plus family members planning to come to the memorial next week.
The group also has a GoFundMe account.
“We sold out of the first 500 (coins) and now we are in the process of ordering 1,000 more,” Foster said. “They really were popular.”
Foster said the Gold Star families will be arriving Wednesday night. Four families from Hammond, La. will be driving in. The rest will be flown in.
“We were able to house all 11 families and some of the extended families out on the beach thanks to homeowners who donated their beach houses/condos,” Foster said.
Wednesday night, the families of the fallen and first responders will be treated to a private dinner at the Navarre Conference Center.
“Sheriff (Wendell) Hall is putting on a fish fry for them,” Foster said. “And then on Thursday, Charlene Mauro of the Navarre Beach Marine Science Station has offered to take the youngsters from the families and provide activities for them to do while the families are out attending private ceremonies we have planned for them.”
Several personal memorials will be held for the families during their stay.
A public memorial will be held March 10 on Navarre Beach at 6:30 p.m.
Immediately following the public memorial, the Marine Raider Memorial March will begin and Marines, along with some family members of the fallen servicemen, will march from Navarre Beach to Navarre Park.
The next morning, the Marines and their support group will start their 770-mile trip from Navarre Park to Camp Lejeune, N.C. to pay tribute to the fallen servicemen.
Nathan Harris, the Founder/Director of the Marine Raider Memorial March said they have been doing some fundraising themselves, but said the group is still a few thousand dollars shy of their goal.
“We are still actively fundraising. We have to pay for the rental vehicles that are going to follow the crew, housing, and we also have to pay to feed the ruckers,” Harris said.
The organizer of the ruck march said he is selling ruck march merchandise this weekend at Spring Fling in Milton to try to reach his goal to completely fund the march.
“Any amount we raise over our goal will go to the Brothers in Arms Foundation, which provides support for the Marine Special Operations Community. The foundation provides financial and logistical assistance to wounded, Fallen, ill and injured Special Operations Marines, Sailors and their families.
On the ruck march, the participants will be carrying a paddle that the servicemen had aboard the helicopter when it went down.
The paddle, which is now decorated with the fallen servicemens’ dog tags, was one of the few items recovered from the wreck.
There will be 14 ruckers participating in the march and 11 others who will serve as the support group for the ruckers.
Harvell said an average of 10 family members from each Gold Star family will be in Navarre next week.
“They are coming from all over the country,” Harvell said. “We had a private plane that was donated to fly some of the Gold Star families from Camp Lejeune, N.C. We even have some family members flying in from Ireland.”
“We are thrilled with the Navarre community for stepping forth and donating beach homes and other amenities for the Gold Star families,” Harvell said.
Santa Rosa Leadership Class 29, who is helping raise funds for the Blackhawk Memorial in Navarre Park, will be serving as volunteers next week during several of the events.
Donna Tucker, the Executive Director of the Santa Rosa County Chamber of Commerce said the Leadership Class will be serving as support staff and will also make a class presentation to the family members before they depart next week.