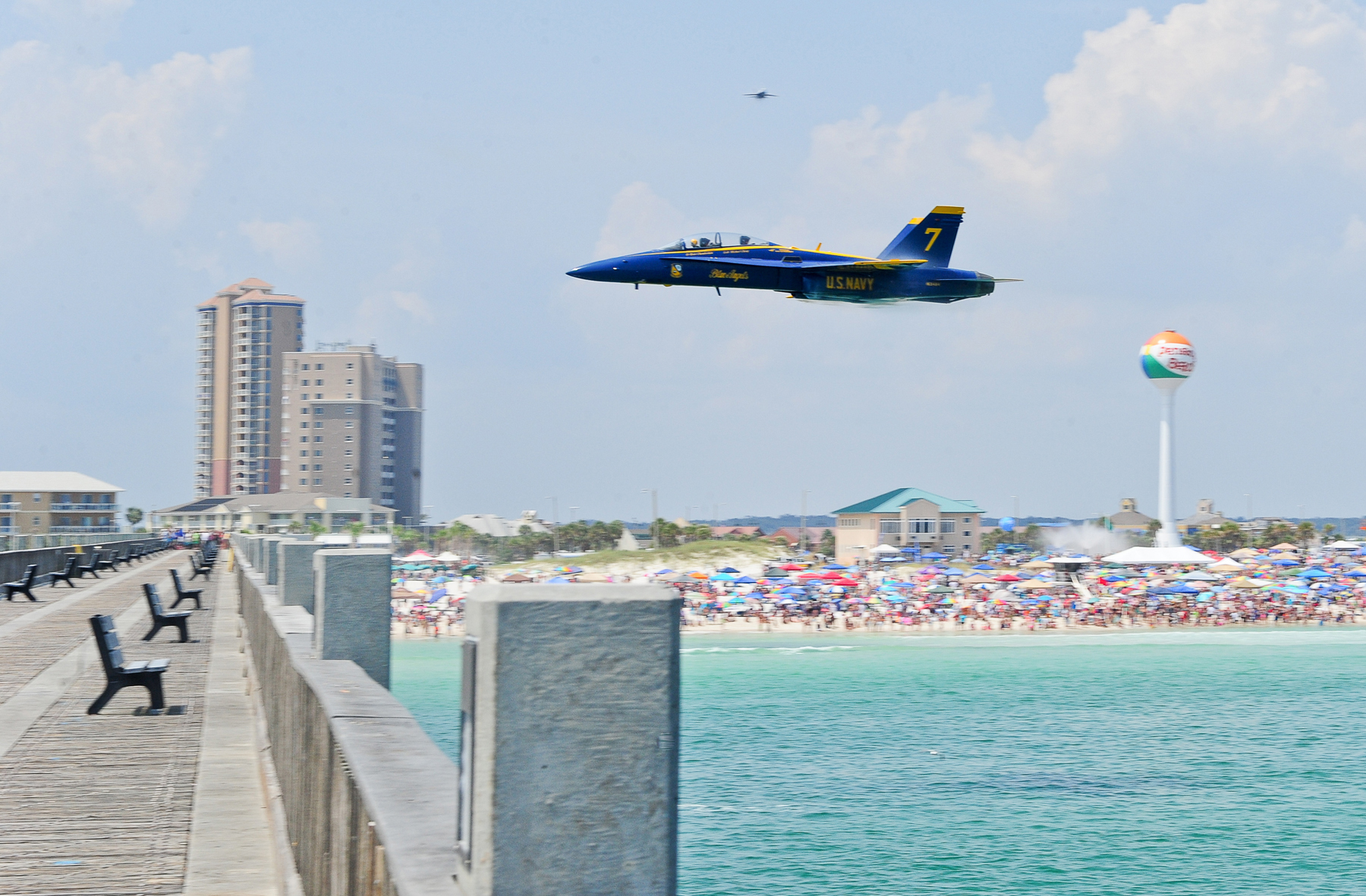 But the Santa Rosa Island Authority “hopes to alleviate traffic congestion,” announcing last week there will be increased transportation service for the July 8 Pensacola Beach Air Show, beginning at 6 a.m.

No additional transportation will be provided for Friday’s practice show, which starts with civilian acts at 12 noon and the Blue Angels at 2 p.m.

The Island Authorities’ three open-air trolleys will begin service at 9 a.m. Friday, transporting riders back and forth between “center stage” at Casino Beach beside Pensacola Beach Gulf Pier and two parking lots on the east and west end of Pensacola Beach.

Park East (lot 29.5) is roughly 1.5 miles east of the Portofino Resort towers, and Park West (lot 21N) is on Fort Pickens Road at the entrance to Gulf Islands National Seashore’s Fort Pickens Area. Both lots usually fill up before 9 a.m.

According to the Authority, beach trolleys will resume normal operations from 5 p.m. until midnight Friday, servicing regular designated trolley stops.

Then on Saturday, extended service will begin again at 6 a.m. and run through 6 p.m. An additional 10 buses will be brought in for Saturday’s performance, helping trolleys provide free transportation to and from the extra parking areas.

Regular service to designated trolley stops will again resume from 5 p.m. until midnight on Saturday.

Tens of thousands of spectators cause “gridlocked” traffic following the event, so the Island Authority issued the following statement about leaving the event.

“Passengers who wish to get back to their vehicles as soon as the air show ends need to be on the first fleet of buses leaving Casino Beach post show, or should expect to wait as long as 90 minutes for the trolleys or buses to return,” stated the press release.

Instead of leaving right after the show, some area residents choose to hang out at the beach, taking extra food and drinks in coolers or walking around to the many beach bars and eateries.

Fat Albert, a C-130 Hercules which provides support for the Blue Angels, at 2 p.m. will kick off the exhibition of the U.S. Navy’s elite flight demonstration team, which is based out of Naval Air Station Pensacola. 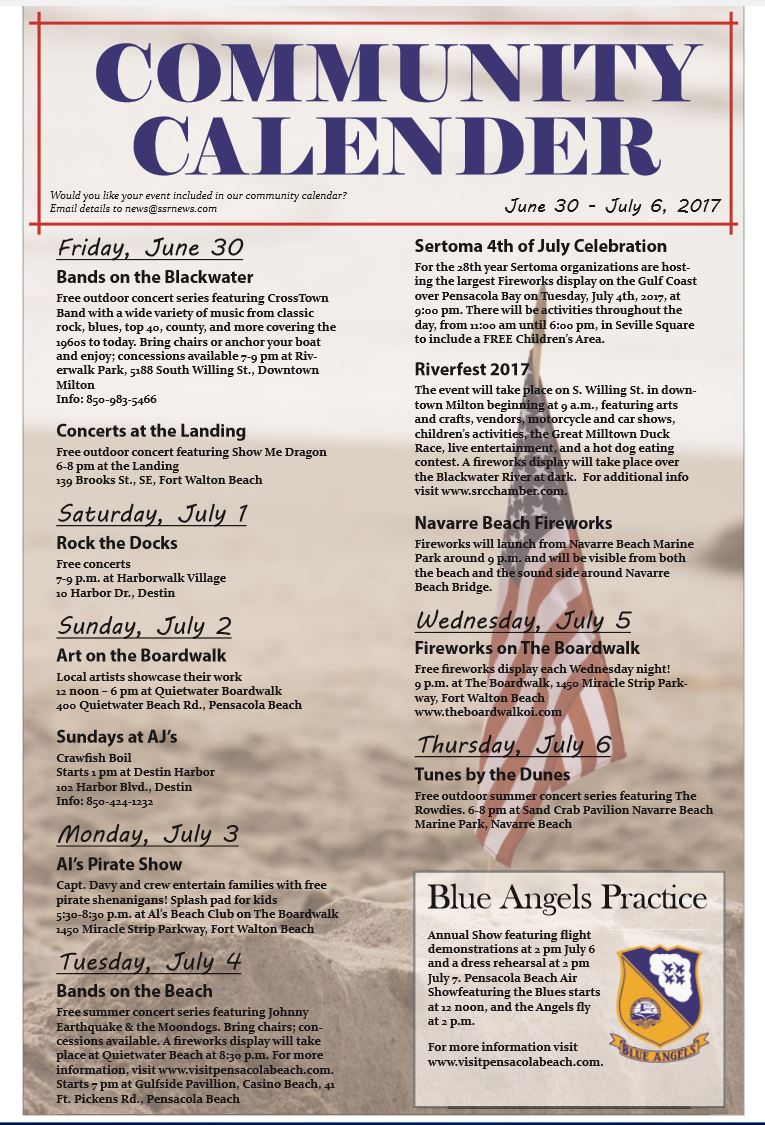