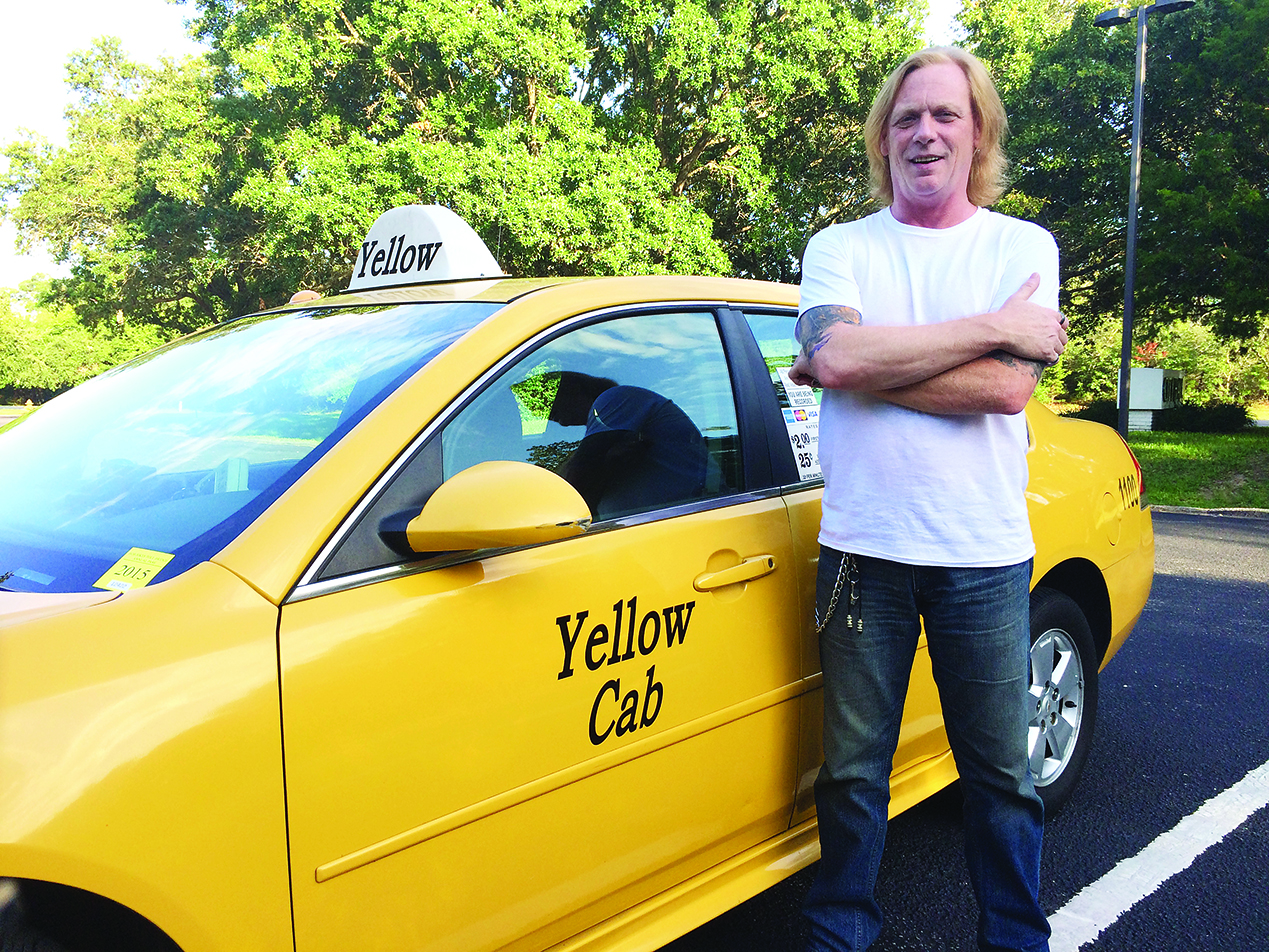 A Yellow Taxi Cab driver received plenty of praise from Gulf Breeze City Council Monday night after he was recognized for the heroic attempts he took to stop a drunk and stoned driver who hit a 71-year-old pedestrian in front of the Gulf Breeze Proper Publix and then fled the scene of the accident.
Eric Holmes was given recognition from the city at their City Council meeting on Monday after he witnessed the incident and called 9-1-1, all while giving vital information to dispatchers about the incident.
“I listened to this 9-1-1 tape when I first found out about this, and it was incredible the length that Mr. Holmes went to in order to stay behind these folks and give a description to 9-1-1. It was so descriptive that you could form a picture in your mind of what was going on because he was so detailed,” said Gulf Breeze Police Chief Robert Randle.
Back on May 29, Holmes was coming off of the State Road 399 overpass and was heading towards Pensacola on U.S. Highway 98 when he got beside a 4-door sedan.
As he was next to the sedan, he noticed an elderly male attempting to cross Hwy. 98 near Publix and then heard a loud thud. It was at that time, Holmes realized the sedan next to him had hit the elderly pedestrian.
The impact forced the pedestrian into the windshield of the sedan and over top of the vehicle. The elderly man landed 110 feet from where he was hit.
“It all happened so quick,” Holmes said. “Their windshield was completely caved in when they hit him. They probably hit him going 50 mph. I was going 40 mph and they were getting ready to pass me.”
The sedan then fled from the scene and Holmes, who had a dash camera mounted inside of his cab, followed the car and got on the phone with 9-1-1 dispatch.
“I had a camera in my car, so anything I couldn’t see myself, I was catching,” Holmes said.
As Holmes started to follow the car, the occupants of the sedan threw empty bottles of alcohol out of the vehicle. Those bottles were later collected by Gulf Breeze Police, and DNA was taken from the bottles.
The hit-and-run suspect eventually stopped on Andrew Jackson Trail and Holmes parked near the vehicle and yelled to the occupants inside of the vehicle that they had hit a pedestrian.
“I just got out and said ‘Hey you hit a guy back there’…and they just got in the vehicle and sped off,” Holmes said.
But Holmes said he was not giving up without a fight.
“I stayed on the phone with 9-1-1 and gave them information on the car,” Holmes said.
The hit-and-run driver eventually went through the Neighborhood Walmart parking lot, and sped north towards the Pensacola Bay Bridge.
Holmes attempted to keep up with the vehicle as it sped away from him towards Pensacola, but backed off after the suspect’s vehicle reached speeds of over 100 mph.
“He did something we don’t see a whole lot of these days…He took matters into his own hands and helped law enforcement to a very large degree,” Randle said. “Had it not been for him, we would probably not have had any information on the vehicle. No other drivers on Hwy. 98 stopped or anything.” 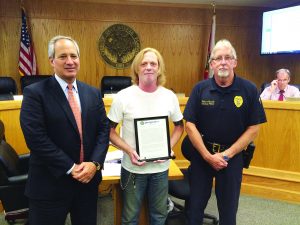 The vehicle was eventually found abandoned in Pensacola by a Pensacola Police officer and the driver of the vehicle later reported it stolen to the Escambia County Sheriff’s Office.
Sergeant Steph Neff with the Gulf Breeze Police Department eventually called the owner of the sedan in for an interview in Gulf Breeze. During the interview, the female owner of the vehicle admitted that she was in the vehicle during the time of the crash and that she, along with the another woman in the car, had been smoking marijuana and drinking liquor prior to the hit-and-run. It is believed at one point, the driver and passenger switched seats during the pursuit by the taxi cab driver.
“Mr. Holmes did an incredible job. He didn’t just let something happen….He interceded immediately, and he did the police officer’s job for him,” Randle said. “We owe him a great debt of gratitude. He’s done something that’s so far above the normal that we’re used to seeing that I congratulate him greatly.”
The name of the occupants of the vehicle cannot be released as warrants are pending for their arrest.