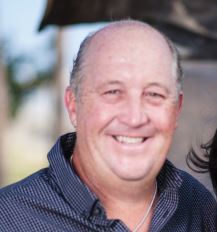 UPDATE: The original story noted Piech was unable to be reached via the phone number provided on his campaign documents to the Santa Rosa County Supervisor of Elections Office. Since then it was discovered there was an error on the area code initially provided on that document, and Piech said he will correct that error with that office..

“I was talking with a local consultant, and this is a treasurer they use. I just wanted to use a certified accountant to make sure everything stays above board. A good friend recommended them,” Piech said of using the south Florida bank and treasurer.

Piech said he retired from the military in February and settled in Navarre a couple of years ago. “I did 28 years as an engineer for the Air Force. I talked to some folks, and I see things in Santa Rosa County that I think my career and background can help,” he said, adding that he thinks South Santa Rosa County needs a “good plan” for growth, pointing out the planned new public school. Piech said the county needs infrastructure in order to be ready for growth.

Piech is challenging incumbent District 4 Commissioner Rob Williamson, who today received the public recommendation of the Navarre Area Board of Realtors.

Williamson so far has raised $66,159.01. He serves as treasurer of his campaign and uses Bank of America in Milton.

ADDITIONAL INFORMATION: Mr. Piech has provided his bio, which follows:

Born: August 24 1965, 7 of 8 children. Raised on the Southside of Chicago
Resides in Holley By the Sea, Navarre Florida since July 2015

PROFESSIONAL: Commissioned a Second Lieutenant thru the Reserve Officer Training Corp (ROTC) in the US Air Force in August of 1988, entered Active Duty in June 1989. Served as an Engineer in the Air Force for 27 years, 7 months and 10 days. Retired as a Colonel on 1 February 2017 from Headquarters Air Force Special Operations Command as the Director of Installations and Mission Support. Held numerous positions at over 13 Duty Stations across the globe. Three-time Squadron Commander and a Group Commander. Last assignment prior to coming to Headquarters Air Force Special Operations Command at Hurlburt Field, was Commander of the 27th Special Operations Mission Support Group at Cannon Air Force Base, New Mexico. Led six squadrons of nearly 1,500 personnel in the day to day operations and maintenance of Cannon Air Force Base New Mexico with a $25M plus annual budget. Decorations include: Legion of Merit, Meritorious Service Medal, Air Force Commendation Medal and Air Force Achievement Medal