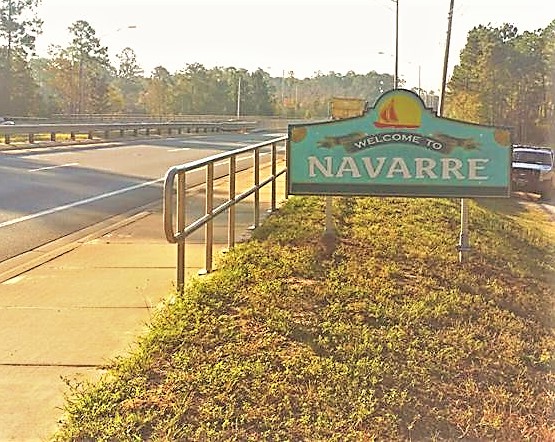 Here’s what local candidates have to say about the proposed incorporation of Navarre, following the release of one of two feasibility studies on the issue. Preserve Navarre released its study April 24. Navarre Area United plans to release both its study and charter next month.

Mariya Calkins – As a conservative Republican, I believe in free enterprise, low taxes and less government. Therefore, I do not support imposing more government and more taxes through incorporation. As far as I know, Preserve Navarre does not have a good plan. That group is filled with Democratic influence. Historically, Democrats have been making wrong decisions, and we don’t want to let that happen in our conservative county.

Joel Rudman – My Constitutional responsibility would be to follow Florida law. The current effort has not met the requirements necessary for incorporation. Any incorporation effort would have to provide a valid feasibility study that complies with Florida Statutes Chapter 165, as well as a charter. I would also ask for a referendum showing majority support prior to presenting the act to the Legislature. I look forward to hearing the voices of the people for or against and will honor the wishes of the majority.

Skip Orth – On the issue of incorporation, the responsibility of a state representative is to ascertain the will of the people regarding incorporation. If approached with a proposal by any group for incorporation, it would be legislative malpractice to submit a bill without knowing what a super majority of voters in the affected area want. My position regarding this process is there needs to be a clear majority of Navarre citizens who favor incorporating before I would submit a bill. Jayer Williamson, our current representative, has stated if a referendum demonstrated a 60% majority of the people in Navarre wanted to incorporate, he would begin the process. I feel this is reasonable and that’s what I would also do. My position is neutral on incorporating. The people of Navarre need to decide that issue and I will abide by the will of the people.

JEFF ATES – My 1st response is “I don’t have a dog in that race…That is for the (residents) to decide.”  Preliminary reading – my opinion is it could be better. Upon some research, there is another avenue to help funding their wants.

RICKIE COTTON JR – I oppose incorporation of Navarre. It would place more Taxes and more Government on the citizens Navarre.

KERRY SMITH – The citizens who reside in the Navarre are fully capable of making their decision on the issue of incorporation. It is my belief that citizens for every area of the county should take ownership of their future and I will respect the final outcome.

HOWARD STEELE – I do not support the incorporation of Navarre. As a conservative Republican I cannot see how adding another level of government thereby placing more of financial burden on businesses and residences as a worthwhile solution to the challenges for Navarre.

MIKE CLYNCH – Full And Complete Support For Incorporation……..I stand in full support of incorporation for a new “City of Navarre.” The feasibility study released (April 24) shows that with work, the entire area will benefit.*

RAY EDDINGTON – I am totally against it. Another level of government and more taxes. Put it on the ballot and then you will see how the citizens of Navarre really feel. When you have a group of people wanting to add and change your way of living two things are involved always: MONEY & POWER.

PAUL GAULT – I do not support the effort led by Preserve Navarre.  The document provided as a Feasibility Study is more akin to a communist manifesto. I fully support the voters’ right to make their own decision, but a document that appropriates millions in new spending while failing to address the hundreds of millions in storm water and infrastructure issues it will issue seems tone deaf and ill advised.

DAVE PIECH – To be fair, I have not discussed my questions with the authors of this proposal; however, as a resident of Navarre and a representative of the citizens, I can clearly state that the proposal put forth by Preserve Navarre gives me great concern. Concerns: Issuing of Bonds against Ad Valorem Taxes without clear limits can give a governing body free reign to raise taxes to cover debt; Proposed salaries are less than adequate to attract the experience and talent necessary to operate a municipality; No mention of a City Engineer, Procurement Department, and a less than adequate Infrastructure Department with no mention of a Registered/Licensed Engineer, etc; Staffing for Navarre Beach Maintenance less than current levels and base salaries are not competitive with surrounding governments or industry; Income dependence on “Fines and Forfeitures” sounds to me like “taxation by citation” and a quota system for law enforcement.  I can clearly state that I will never support the placement of Red Light Cameras; Lack of planned Capital Investment in the equipment and personnel necessary to fix the pressing issues of infrastructure (Roads, Drainage, Pedestrian ways, etc); Creation of new levels of government:  Transit Authority, Parking Authority, Culture and Events etc.

Editor’s note: due to redistricting in the wake of the 2020 Census, a portion of the Navarre area will be represented by the Florida House District 2 Representative. We will provide input on Navarre’s incorporation from the candidates in that race in an upcoming story.