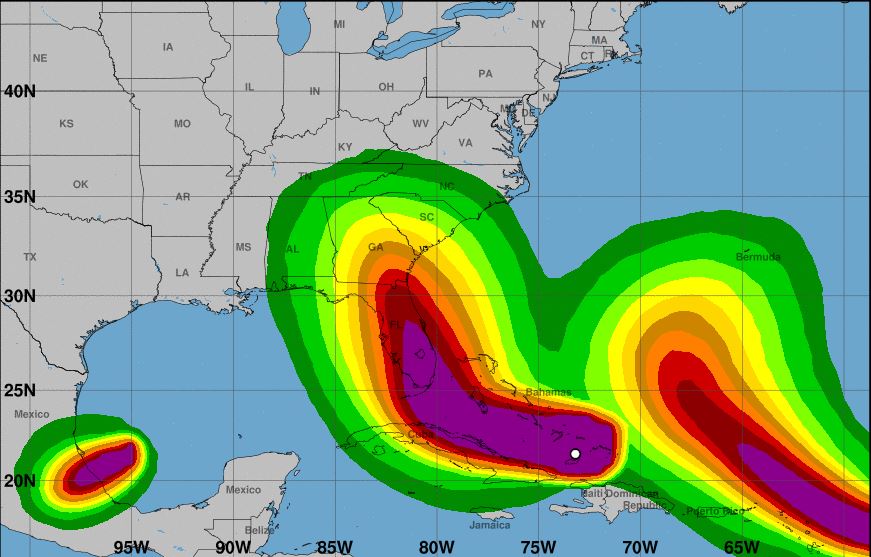 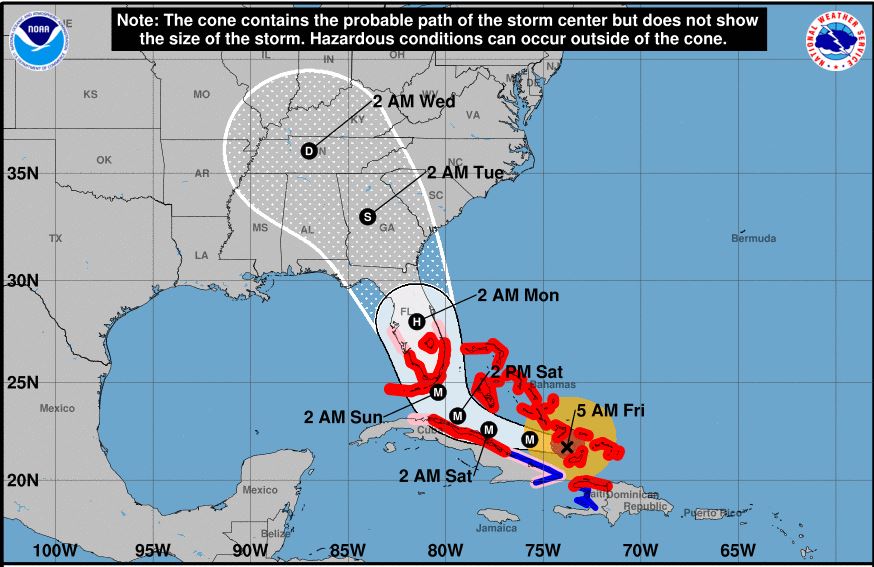 Hurricane Irma, still a dangerous Category 4 storm, has not made a northward turn as soon as expected, resulting in its projected path again being shifted toward the west.

“Latest track lessens severe impacts for North Carolina, parts of South Carolina, and is worst case for Florida up to Atlanta,” said Meteorologist Jim Cantore this morning via Twitter.

The NHC update showed Irma has sustained winds of 155 mph and continues to move WNW at 16 mph.

There is still some difference among computer models on when the forecasted northward turn will occur. Per NHC, Irma should maintain its WNW course for the next 24-36 hours. Afterward, computer models are in “good agreement” that Irma will turn north-northwestward to northward, stated the update.

“Severe hurricane conditions are expected over portions of the Florida peninsula and the Florida Keys beginning Saturday night. Irma is likely to make landfall in southern Florida as a dangerous major hurricane, and bring life-threatening storm surge and wind impacts to much of the state,” stated NHC Senior Hurricane Specialist Jack Beven.

Florida Governor Rick Scott on Thursday said Irma will be “much worse and more devastating” than 1992’s Hurricane Andrew, the most destructive hurricane to ever hit the state.

Irma is forecast to remain in a favorable warm water, light shear environment for the next 36-48 hours. Computer models shows a slow weakening during this time, but Irma is expected to remain at least a Category 4 hurricane until landfall in Florida, per the update.

According to Beven, following landfall, a “fairly quick decay” in maximum winds is expected due to land interaction and increased shear, although Irma’s large wind field is likely to still produce hurricane-force winds over a large area.

NHC says two factors could impact the storm’s intensity: another eyewall replacement cycle could cause weakening then re-intensification, and some computer models indicate the track could move over or close to the Cuban coast and cause the storm to be weaken than currently forecast.

The next NHC update will take place at 7 a.m. CST.