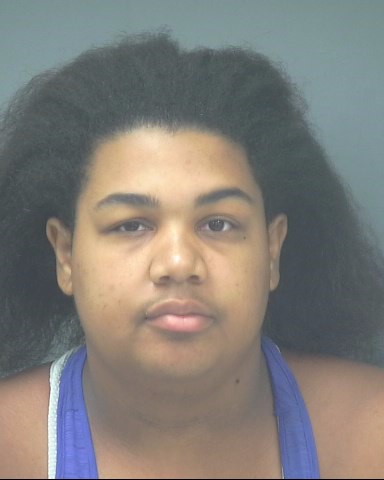 A 3-year-old child has succumbed to heat-related injuries he suffered after he wandered into a vehicle parked in front of a residence in Navarre last Friday and sat in the car for several hours without his caretaker noticing he was missing.

During an investigation by the Santa Rosa County Sheriff’s Office, it was found that 19-year-old Montana Jackson, was the person responsible for caring for the child and failed to notice the child was missing over the course of 3 hours.

Jackson was put behind bars in Santa Rosa County Jail following the investigation and charged with Child Neglect after she found the child unresponsive in the car and given $100,000 bond. The child was transported to an area hospital after being found in the vehicle, but later passed away from the heat related injuries.

The 3-year-old victim’s actions were caught on the home’s surveillance video, which was shown to investigators.

According to the SRSO arrest report, the video showed the child walking out of the residence and getting into a Honda Accord at around 11:30 a.m. that day. The temperatures outside at the time were 94 degrees, according to the arrest report. The child was seen entering the vehicle, where he sat for several hours before being discovered by Jackson.

The man claimed he did not know what Jackson was doing while he was sleeping, but told authorities that at one point, Jackson was laying in the bed with him.

The individual claimed that Jackson does not “care for the (victim) the same way she does her own children”, the report stated. The report stated that the man told law enforcement that “Jackson’s children come first” in her eyes and that the victim was “always put second by her”.

Jackson later spoke with investigators and claimed she was putting two children to bed inside of the home at around noon when she noticed the victim was missing. The report stated that she told authorities she looked for the victim and later found him in the vehicle parked out front several minutes later.

When law enforcement went over the video, they found that Jackson’s timeline was not adding up and observed the victim wander out to the vehicle at around 11:30 a.m. on the surveillance footage. He was not discovered by Jackson until around 2:40 p.m. that same day.

Jackson denied ever taking a nap during the day, despite the other witnesses’ statement.

According to the report, when deputies arrived, all of the vehicle’s windows were rolled up and the only door that was open was the rear passenger door.

Jackson told law enforcement that only about half an hour went by by the time she put the other children to bed and found the victim in the hot vehicle.

The report indicated that law enforcement knew when the child was found via the surveillance footage and told her that there was still well over 2 hours in between the time she claimed she last saw the victim and then discovered him in the vehicle.

When questioned about the inaccuracies in her statement, she told authorities that “she may have been off on her times”, and that her memory was not “very good since giving birth last year”, the arrest report stated.

When authorities told Jackson that her statement didn’t add up, she told them that she had been cleaning the house, but did not know “what she was doing (those) 3 hours” the child was in the vehicle.

Jackson did admit that when she found the child, she brought him inside and tried to cool him off, but he was unresponsive. She later called 9-1-1 and the child was transported to Sacred Heart Hospital in Pensacola and placed in the hospital’s ICU on a ventilator. The child passed away from the heat-related injuries a short time later.

Adam “Snapper” Madison, a source close to the family, said that the child will be missed dearly.

“I just want to say that I love him very much and he will be missed,” Madison said.

She has had no prior arrests in Santa Rosa County.