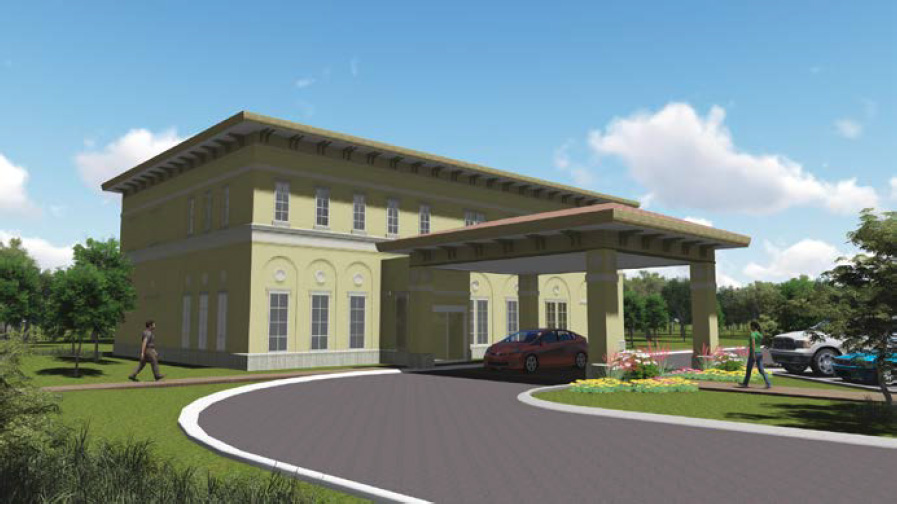 “Maybe we should slow down.”
Those words came from Gulf Breeze City Councilman David Landfair at last Wednesday’s Executive Committee meeting where the city discussed a potential project that could ultimately effect the look and feel of a popular street corner that has never been developed on.
The developer for the project, NNGS, LLC had already gotten an OK from the city’s Development Review Board and Architectural Review Board on their plans for the nearly 9,000 sq. ft. building on the corner of Daniel Drive and Highway 98. The building will essentially house a number of pediatric offices on the first floor and a patient rehab facility on the top floor.
But despite the go ahead from the DRB and ARB, the city took a different approach at their meeting last week regarding the project that the developers are looking to move quickly on.
Each council member at the meeting had a different concern on the project. Renee Bookout was concerned about the accuracy of the traffic study while Landfair was focused on the look of the fence that will border the property along Hwy. 98.
NNGS ran into a snag with the property owner, which tightened the amount of time the developer had to actually turn dirt on the site. NNGS’ Rodney Sutton met with the city Wednesday to discuss the time crunch and told the city they had to move fast on the approval, otherwise the medical group pushing for the construction, Sacred Heart Medical Group, might pull out of the deal.
“Unfortunately, during the process, this piece of land got grouped with a bunch of distressed assets and got disrupted by those assets,” said NNGS’ Sutton. “And unfortunately that closed the window on the time we could look at this piece of property.”
And the time crunch the developer had seemed to push the review boards’ decisions along quickly to meet the deadline, but the city council members pulled that momentum to a halt last Wednesday. Most of the city’s worries came in the form of what the 34-foot tall building would look like on a prime piece of city property that has never been developed on in the past.
“This is a prime piece of downtown. I can visualize things pretty well, but I have a hard time visualizing this building,” said councilman Joe Henderson. “It’s too late to change this. This train is going too fast. I understand this is strange piece of property.”
The triangular 1.253 acre piece of property has made it hard for the developer and the city to come up with a plan on how the building will face the surrounding streets.
As it sits right now, the building will face the Gulf Breeze High School stadium.
Sutton said the small piece of property will be heavily landscaped, and the estimated cost for landscaping, which includes plants, sidewalks and walls is nearly $100,000 alone. But Sutton said that high cost is something the medical group is willing to cover so long as it is approved by the city.
One of the major concerns for the project was its proximity to the high school and how it would affect student foot traffic.
The city’s review boards OK’d a short fence that would go along Hwy. 98 and Daniel Drive, but Landfair said that fence could impede foot traffic and could ultimately be an eye sore for people driving through the city.
“I won’t vote for this unless we change the wall,” Landfair said. “I think the wall should be taller because the kids will be jumping over it. It should also be the same as across the street (as the schools).”
But Henderson disagreed stating most of the walls and fences in the city are different and he doesn’t want the fence looking too similar to the surrounding business’.
“I like variety, because what you’ll end up with is something that looks like a correctional facility like they have at the school,” Henderson told Sutton.
Sutton said since the project is on a tight deadline and Sacred Heart has already had to spend an exorbitant amount of money in improvements to get in line with the city’s future development and architectural plans, he didn’t think it would be a good idea to push the medical group to spend more money on the project.
“From my perspective, it would be more cost, and I’m struggling to get this project approved as it is. I’m not favored in making a change I know will cost more,” Sutton said.
Henderson ultimately made a motion to approve the DRB and ARB’s recommendations, which was OK’d 3-2 by council.
Now that the city has approved site plans, the developers can apply for building permits.