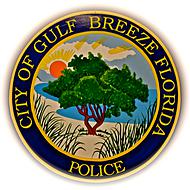 The City of Gulf Breeze recently obtained a counteroffer to their counteroffer they sent to J.G. Buehler and Company for the sale of the Peyton Building that sits on the edge of the Gulf Island National Seashore.
The building, which has sat vacant for years, was purchased by the city with the intentions to utilize the building for storage and government offices. But after discovering asbestos in the building and assessing the costs to renovate the crumbling structure, the city pulled out of their renovation idea.
The city was approached by J.G. Buehler and Co. several months ago about acquiring the building, which market value was assessed at $500,000.
At Monday’s City Council meeting, with Mayor Pro Tem Joe Henderson and Renee Bookout absent from the meeting, the council decided to table on whether or not to OK the counteroffer that the agency sent them.
The city sent a counteroffer to the company last month giving them certain stipulations to adhere to in order to purchase the building. One of those stipulations was a tight construction deadline.
Eddy said three of the five stipulations from the city were “responded to” by J.G. Buehler and Co., and council was on edge on whether or not to accept them.
“I was struggling to go along with the offer we made, which I felt was extremely fair. They have diluted that significantly in my eyes,” said Mayor Matt Dannheisser. “Each item they’ve diluted is a concern.”
That includes lowering the city’s asking price of $400,000 to $375,000.
“The appraisal was $500,000, we agreed to reduce that price to $400,000 on a number of conditions,” Dannheisser said.
Councilman David Landfair’s concern was whether or not the city should OK it regardless so the property doesn’t sit vacant anymore.
With two councilmembers absent, the board voted to table the discussion for a future date.