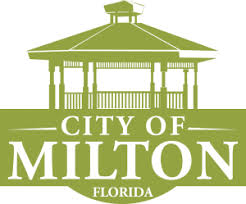 The City of Milton today announced that in anticipation of a large crowd at tonight’s City Council meeting to address a proposed Black Lives Matter mural and revisit a mask requirement, the following rules have been established to ensure public safety and that all citizens who wish to be heard will have an opportunity to speak.

“Regarding masks and the proposed mural, the City Council cannot vote to approve or reject either idea tomorrow. Neither is on the agenda for action, so the most they can do is send it to Committee of the Whole for study and discussion,” stated Mayor Heather Lindsay on social media.

However, attendance is expected to be high by those wishing to discuss the two issues.

According to the City, the following rules are in conformance with the guidelines provided by the Federal Center for Disease Control and will be strictly enforced.

• All persons entering the building will have their temperature checked. Anyone with a temperature of 100.4° or higher will not be allowed inside.
• Seating is limited. Persons wishing to sit in the chambers must sign-in.
• Seating is provided on a first come, first serve basis.
• Please do not move the chairs.
• Standing in the chambers, or in the lobby is not allowed.
• If a seat becomes available, the next person on the sign-in sheet will be called to occupy the seat
• Once all seats are filled, all others must remain outside of City Hall until called.
• The meeting may be watched on your smart phone, or you may listen to the meeting via the sound system provided.
• Please observe appropriate social distancing while waiting outside.
• All persons wishing to speak must fill out a speaker form. Speakers will be called in the order in which they are received. Speakers who are not seated in the chambers will be called, may enter the building, approach the podium, speak for up to three (3) minutes and leave the chambers so the next speaker may enter.
• Speakers who are seated in the chambers, may approach the podium when called, speak for up to three (3) minutes and return to their seats or allow someone else in.

The meeting may be viewed at: www.miltonfl.org/379/live-streaming

We ask that you please wear a mask while inside City Hall For more information, please contact the City at (850) 983-5400 or citymanager@mymiltonflorida.com.