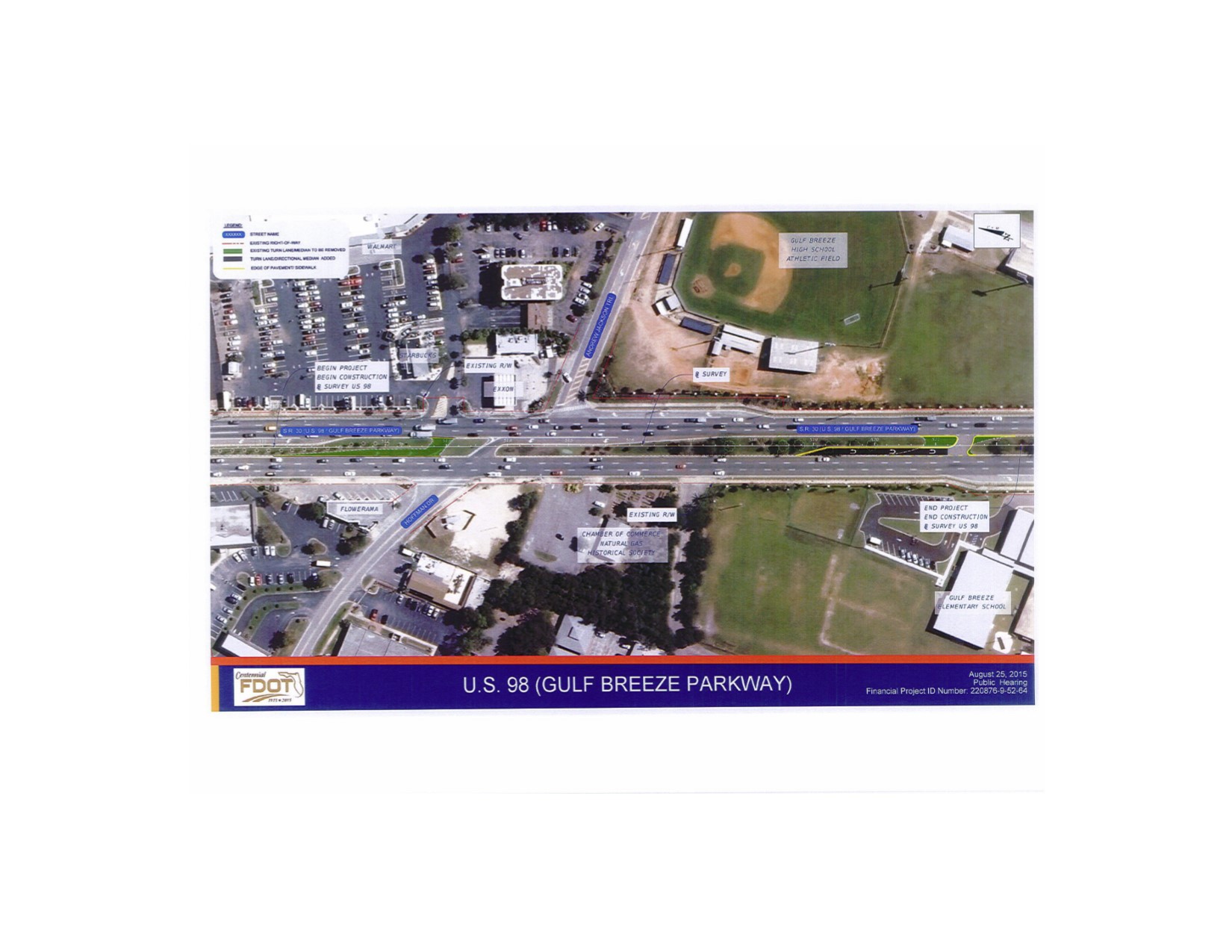 The City of Gulf Breeze is finally cutting ties with one of the most accident prone cut throughs in their jurisdiction, and in the same note is eyeing the possibility of allowing the Florida Department of Transportation to add a U-turn lane for eastbound traffic near the same intersection.
The city passed a resolution at Wednesday night’s Executive Committee meeting supporting FDOT’s proposal to install a 245-foot turn lane near Andrew Jackson Trail for eastbound motorists to utilize. 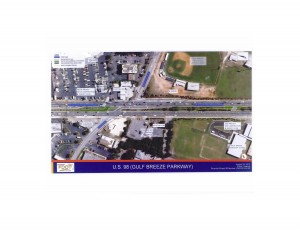 The City passed a resolution Wednesday night giving FDOT the thumbs up on a proposal to add an eastbound U-turn lane near GBES. (Submitted Graphic)

“It’s (going to be) down near the elementary school…it will allow eastbound traffic to be able to make a U-turn and have a collection lane for stacking,” said City Manager Edwin “Buz” Eddy.
Unlike the cut through the city and FDOT helped close last year, Eddy said this U-turn lane is proposed to be placed closer to the traffic light in front of the school. That will make it safer for motorists to make U-turns once westbound traffic is stopped at the light. It will also help alleviate traffic at the Northcliff Drive and Daniel Drive intersections.
Eddy said the city had two options: a 250 ft. long turn lane or a 350 ft. long turn lane. The city, he said, is in favor of the 250 ft. span.
The city had a public hearing on the proposal a month ago at the Gulf Breeze Community Center after HDR, Inc. conducted a traffic study on the proposal.
Back in September last year, the FDOT installed fiberglass poles to keep motorists from using the eastbound turn lane near Andrew Jackson Trail that gave motorists direct access to the Starbucks and other businesses in the shopping center.
The City helped initiate the closure after Gulf Breeze Police Chief Robert Randle suggested cutting ties with the cut through at a 2014 budget workshop. The GBPD chief originally approached the city about closing the turn lane noting it was of the most accident prone intersections in the city limits.
Originally the city was hesitant to close the cut through into the shopping center as they were afraid it might push more traffic to the Northcliff Drive and Daniel Drive intersections.
Eddy said he is unsure of which entity is going to pay for the U-turn lane if it’s approved by FDOT.