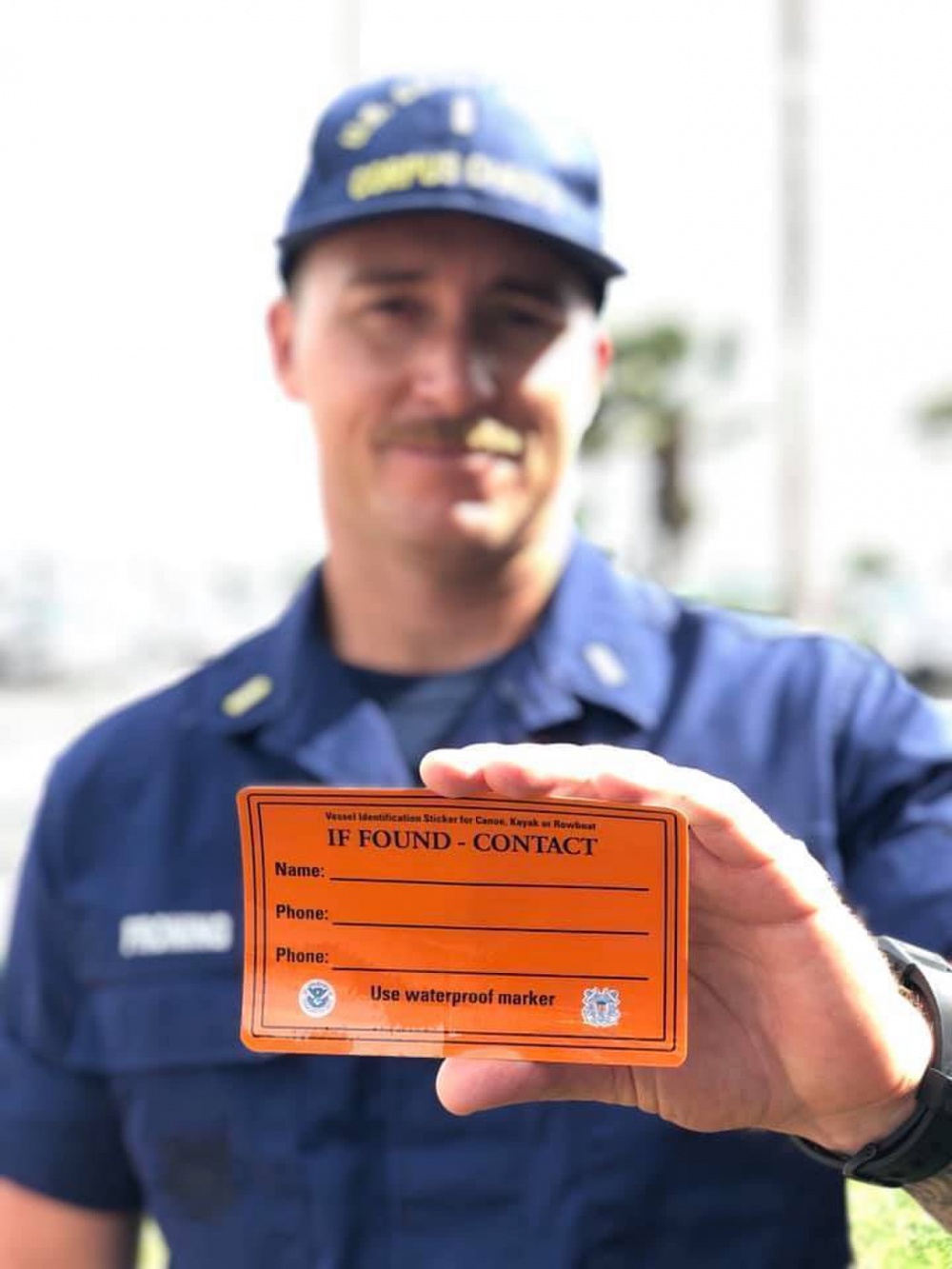 The Coast Guard is advising paddle-sport enthusiasts to mark their canoes, kayaks, and rowboats with a waterproof Paddle Smart vessel identification sticker that lists the owner’s name as well as phone numbers to be reached if the watercraft is found unattended.

A Coast Guard Sector/Air Station MH-65 Dolphin helicopter aircrew searched the Gulf of Mexico for approximately two hours on Thursday for a potential missing kayaker after an empty kayak carrying fishing gear washed up along the shore in the vicinity of Corpus Christi, Texas.

The search was called off after Coast Guard watchstanders received a call confirming that the kayak’s owner had reported the kayak missing earlier that morning.

“When used effectively, the sticker can help save lives, recover missing property, and reduce resources expended on non-emergency SAR activities related to deploying limited resources on someone who is not in danger,” said L.t. j.g. Dave Froning, a marine inspector at Sector/Air Station Corpus Christi.