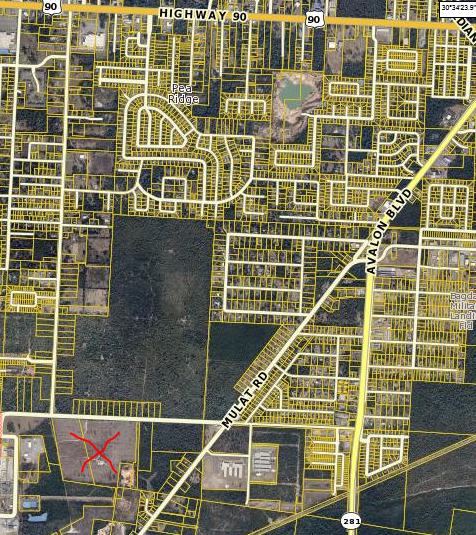 Santa Rosa County District 1 Commissioner Sam Parker wants to know if the public and his fellow commissioners will support building a new county courthouse on donated land in the Pea Ridge area.

“I approached Edwin Henry about the possibility of him donating land to Santa Rosa County for a courthouse location. He has agreed to donate up to 15 acres if needed,” Parker said in a February 28 email, requesting the matter be added to next week’s county commission agenda.

Parker said he wants to discuss the property, which is located south of Sterling Way and east of Bell Lane.

“This location conforms with the suggestions made from the 2013 (courthouse consultant) study as far as the proximity from Hwy 90 and Avalon intersection. Citizens coming from Gulf Breeze or Navarre could easily access this location via Avalon Blvd and the Sheriff’s Office could access the location via the Interstate with only three traffic lights along that route between the Jail and the proposed location,” Parker said, pointing out the property also isn’t located in a flood zone.