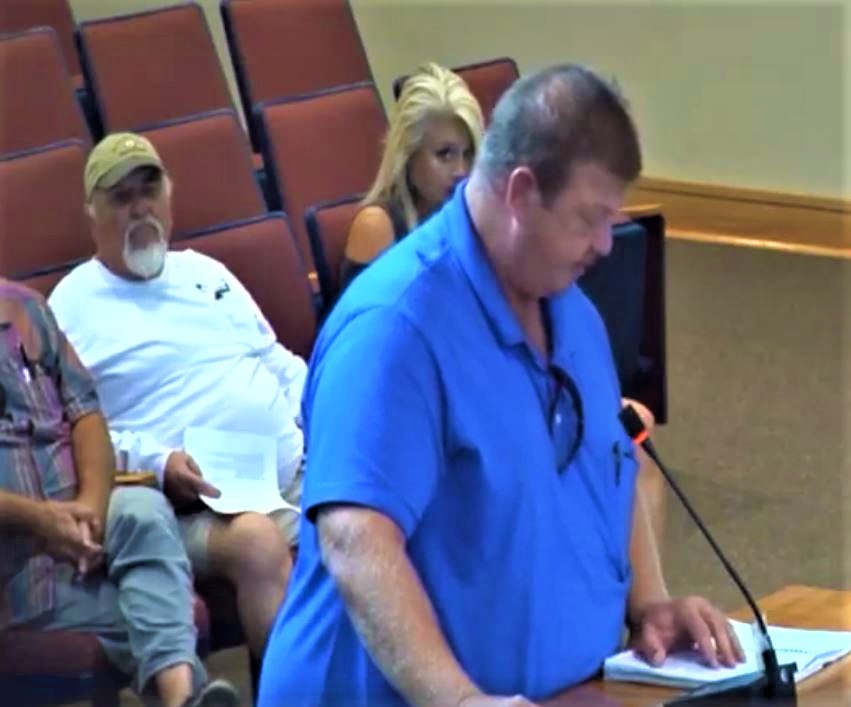 Santa Rosa County Commissioners today decided to reconsider impact fees, following Tuesday’s historic landslide vote against a proposed tax increase. The board also heard from residents demanding changes, including an end to what they describe as favoritism toward developers and mistreatment of taxpayers by some county officials.

The backlash from citizens was spurred by a statement Commission Chairman Sam Parker made during the board’s September 23 meeting. Parker pointed out that only about a half dozen citizens were in attendance, despite public outcry on social media, calling for reinstatement of impact fees before voters approve any tax hikes.

“I think this speaks volumes to the kind of folks that we’re talking about. It’s easy to sit at home and whine and complain but yet nobody is down here today actually getting involved or bringing suggestions to the table,” Parker said.

Joey Sims of Pace this morning took to the podium to address Parker’s words in the wake of the 2-1 margin of failure of the October 8 tax referendum by the largest voter turnout in county history for a LOST special election.

“Today I’m here representing the whiners and the complainers as we’ve been called in this chamber that we stand in right now. You guys have to remember that the taxpayers work for a living, and we can’t always be at these meetings,” Sims said, also expressing several demands, including an immediate impact fee study and consideration of a decrease in the local option fuel tax and ad valorem millage rates.  “If you choose not to comply with these demands, we will take a hard look at replacing three of you this next election cycle and find someone who likes to listen rather than someone who loves to be heard,’ Sims said. “The days of ridiculing and talking down to us are gonna stop. The days of campaign donors’ wishes over the wishes of ‘We the People’ will end right now.”

Several other residents from Pace and Navarre spoke out on the issue, sharing sentiments similar to those expressed by Sims.

In the end the board unanimously voted to direct staff to gather pricing and other information ahead of a vote in the near future to consider an impact fee feasibility study, which is required prior to reinstatement.