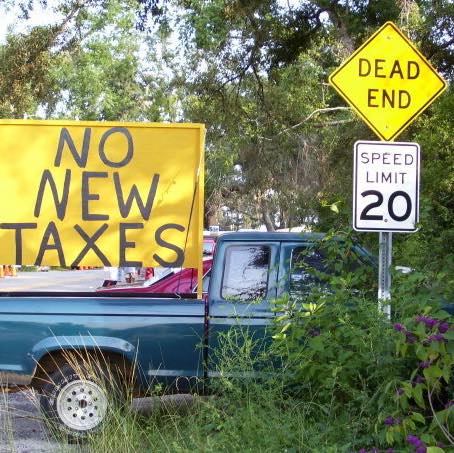 Santa Rosa County Commissioners this morning decided to move forward with public hearings required ahead of an August 27 special election seeking voter support to increase the local option sales tax from a half-penny to a full penny. The special election during a non-election year will cost taxpayers around $200,000.

At that time the increase was expected to generate $35-40 million over a five-year period for public safety, capital equipment, facilities, drainage, recreation/natural resources and transportation projects, including road paving.

If voters approve the additional increase in August, sales tax would increase to 7.5 percent, which equals Escambia County.

“The reason the commissioners are pushing so hard for this tax this year is because state legislators are looking to require a 60-percent majority to approve tax increases,” Couey said.  “As citizens you should be offended that your county commission can’t plan or budget any better than to spend $200,000 on a special election after doubling the gas tax from 6 to 12 percent, getting the half-cent LOST in 2017 and increasing the fire tax assessments.”

Couey also expressed frustration that commissioners stopped imposing impact fees on developers and decided to move forward with funding construction of a new county courthouse — despite voters opposing funding for that project in three separate referendums.

But some residents say they will support the LOST increase.

Tony Alexander, a county sheriff’s deputy and member of the County’s LOST committee, which serves as an advisory board for related funding recommendations, says the sales surtax is fair.

“More importantly, visitors to our county contribute something on the average of 25 percent of total tax collected. A full one-cent local option sales tax will allow Santa Rosa County to address critical needs,” Alexander said. “I’m hopeful voters support the new sales surtax, and that county leadership will increases the allocation in public safety, which saw roughly 27 percent of dollars collected in the current L.O.S.T cycle, and recreation.”