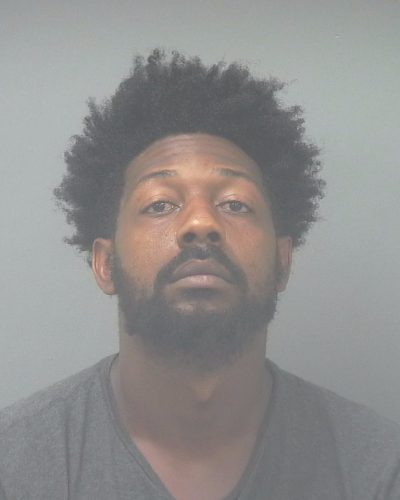 The team yesterday made a traffic stop on a black Chevy on Avalon Boulevard for illegal window tint and failure to maintain a lane.

33-year-old Travis Montes, of Pensacola, was booked yesterday into Santa Rosa County Jail. He’s being held under a $233,500

Johnson said a loaded .357 magnum was found in the vehicle.

“He’s a 14-time convicted felon,” Johnson, said, noting Montes was released from prison 10 months ago, calling him a “bad guy” that needed to be off the street. “He’s going back to prison.”

Johnson during the press conference held up a copy of Montes’ rap sheet, which was 43 pages long.