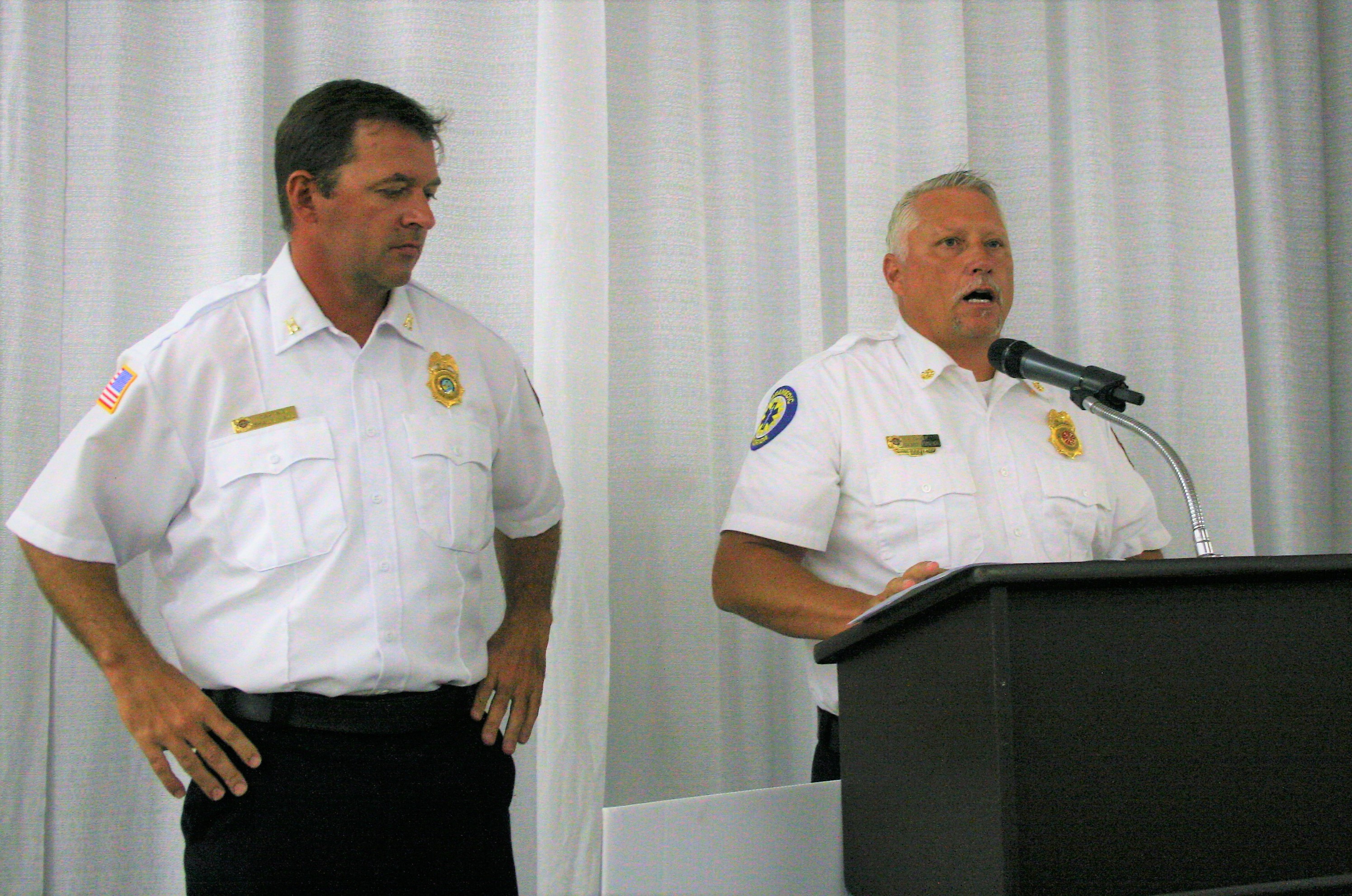 Residents living in Gulf Breeze, Midway and Holley-Navarre Fire Districts will not see an increase.

“The salty atmosphere taxes our equipment,” he said, pointing out the department’s existing ladder truck was purchased in 1997. “There is certain equipment we have to have to be considered a (fire) department.”

Fureigh said the department had saved up $400,000, which was used as a down payment for a new ladder truck which was recently ordered and is expected to arrive in November. He said the MSBU increase will help pay off the truck per NBFR’s five-year plan.

According to Fureigh, Navarre Beach residents will see their annual fire services assessment rise from $350 to $500. He also said businesses will go from having a flat fee to paying 41 cent per square foot. “Other than Springhill Suites hotel, most businesses will see a reduction in the fee.”

Fureigh said NBFR approached commissioners in February, seeking an increase. Subsequently, a study was conducted, which he said provided some assurance the increase would be “fair and equitable.”

The increase will take effect in October.