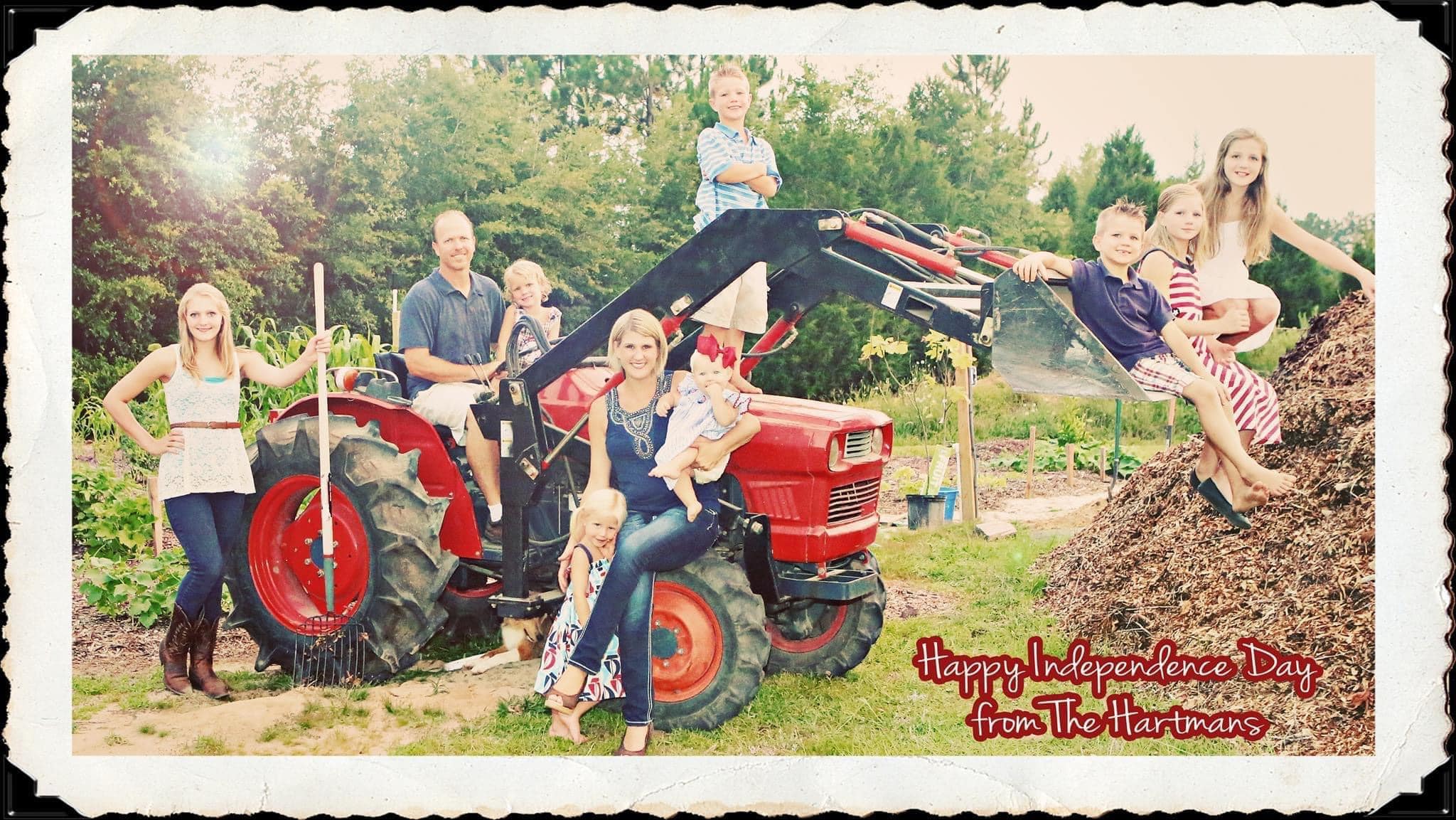 Hartman family members pictured by a mulch pile, which is located on their 3.5-acre property. Photo courtesy Hartman Photography.

“We are huge gardeners,” said Allison Hartman, who shares the property with her husband, Daniel, and their large family. “The whole idea is you use about 8 inches of mulch for your soil, it’s a whole circle of life thing.”

According to Hartman, you can’t see their mulch pile from the road or neighboring properties.

“But…We have one neighbor who reported us for this mulch pile that she really can’t even see from her backyard unless she stands up on her roof, but she says she doesn’t like to look at it.” 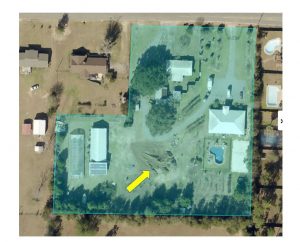 The mulch pile is located against a tree line at the back of the farm, as seen from a aerial shot of the property

Subsequently, Santa Rosa County Code Enforcement issued the Hartmans a ticket, which she says he called a “pile of trash/debris.”

“Now, since we refused to pay the fine, and now that fine will be $66,000 we are supposed to go to court next week,” she said. “This is not an issue about not wanting to pay a fine or make our mulch pile smaller. This is an issue of property rights that are being taken away…We believe this issue is a personal attack on our freedom as Americans and as property owners.”

Hartman spoke out at the board’s February 18 meeting during public forum. She told the board they gave the code enforcement office a tour of their property during his visit, showing him their gardens.

“I don’t feel it was right at all. It was not a nuisance,” said Commissioner Bob Cole. “We’ve got to start using common sense.”

Chairman Dave Piech expressed frustration. “Gentlemen we write the play book,” Piech said, stating he wouldn’t want every code enforcement situation to be brought before the board, suggesting it is better to allow the issues to be taken to a magistrate for resolution.

Parker challenged Piech’s assertion. Stating that during his more than four years serving as a commissioner there have only been a few code enforcement cases brought to the board – despite more than 900 complaints and 270 notice of violations in the past year, per county staff.

“I don’t have a problem with anybody coming up in front of the board if there’s a misinterpretation of the ordinances,” Calkins said. “What we’re trying to stop is illegitimate cases.”