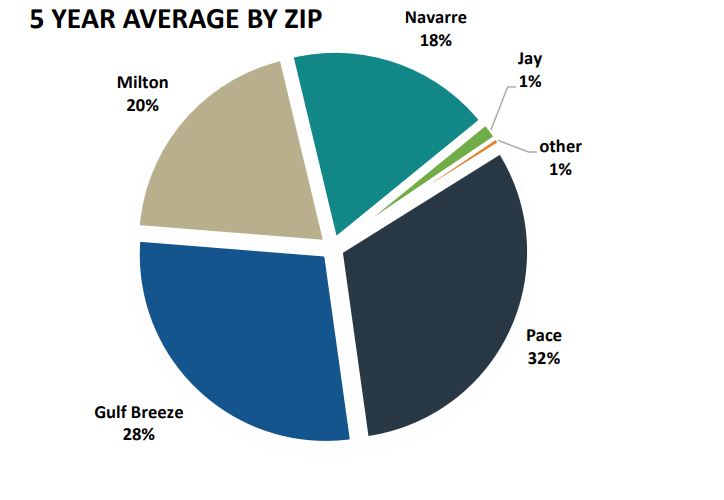 Santa Rosa County voters in November 2020 renewed the county’s local option sales tax (LOST) for a five-year period. Since then LOST has generated roughly $20 million for infrastructure, public safety and other improvements and is currently outperforming expectations.

LOST revenue is now expected to generate an additional $35 million by 2026, exceedingly projections by $15 million and taking the overall total upwards of $75 million over the approved two five-year taxation periods.

Voters first approved the half-penny LOST referendum in 2016, and the measure went into effect January 1, 2017 for a period of five years. During that time it generated nearly $40 million, which has been used or allocated to fund infrastructure, drainage and other improvements, plus capital purchases by Santa Rosa County Sheriff’s Office for equipment and vehicles.

In November 2019 county voters denied by a 67% margin the county’s attempt to increase LOST to a full penny tax for a period of 10 years. But in November 2020 voters, by a 70-percent margin, approved a revised effort to renew LOST at the same half-penny rate for another five-year period.

HOW LOST REVENUES GET SPENT

A LOST infrastructure surtax committee, comprised of 10 appointed members from the county’s five districts, reviews and makes spending recommendations to the Board of County Commissioners, which must following state statutes dictating how LOST funds can be spent.

Utilizing citizen input and state guidelines, the BOCC in 2017 established the following targeted spending allocations: Capital equipment 2%; Public facilities 4%; Public safety 29%; Recreation 10% and Drainage and transportation 55%. For the second five year-period the BOCC decided to allocate 60% to Drainage and transportation; 30% to Public safety; and 10% to recreation.

To date, LOST funding has been used in the south end of the county, specifically in District 4 (Navarre) and District 5 (Gulf Breeze), for funding improvements including but not limited to:

Some of those projects could potentially be funded using LOST funds. However, that’s not likely to happen quickly.

“It takes longer to design and permit projects in areas that have wetlands,” White said, pointing out how the Tom King Bayou and Edgewood Drive projects have been mired in the design phase since 2018 and are just now coming to fruition, totaling roughly $11 million. Nearly $3 million in LOST funding was allocated toward those projects during the first five-year period, which has been named 1A. The remaining $8 balance is being allocated during the second five-year period, which is named 1B and underway now.

WHERE LOST FUNDS ARE GENERATED

EDITOR’S NOTE: An earlier version of this story did not include updated information for planned expenditures for the second five-year period (1B).