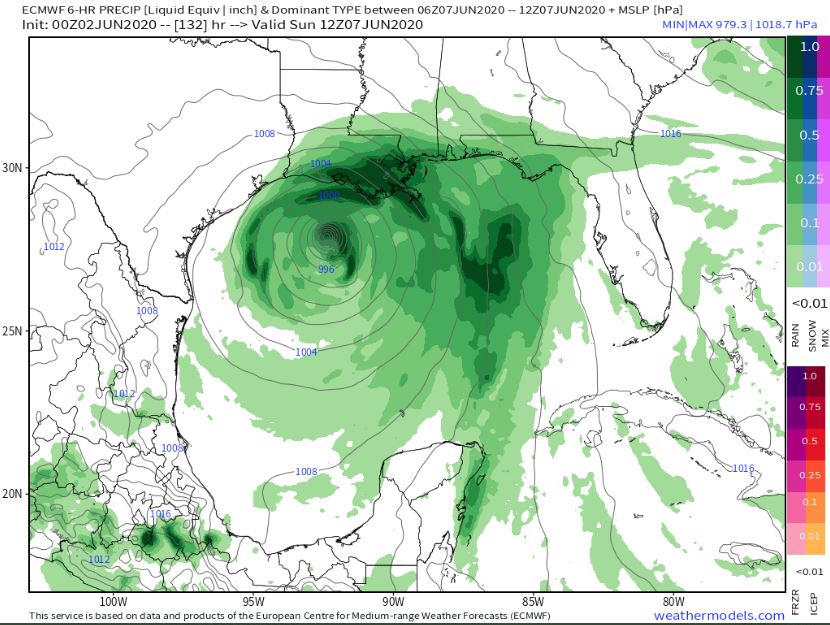 Tropical Depression Three could develop into Hurricane Cristobal and become the first hurricane to make a June landfall in the United States since Hurricane Bonnie hit the Texas coast in 1986. Currently the European hurricane model suggests Cristobal could also make landfall in Texas – or perhaps Louisiana.

“Overnight weather models trending toward a stronger storm in the Gulf of Mexico by Monday. Texas and Louisiana coastlines should be on alert for Cristobal which could be a hurricane threat,” said Meteorologist Dr. Ryan Maue of Weathermodels.com.

According to the National Weather Service in Mobile, Alabama, Tropical Depression Three is expected to enter the southwest Gulf of Mexico later this week, bringing increasing risks of strong rip currents, rough surf and heavy rainfall to beaches in our area.

“European shows less land interaction in the Bay of Campeche with (Tropical Depression Three). It would mean a stronger Cristobal later this week, and a higher risk of it reaching hurricane intensity as its ensemble members have signaled for days,” said Frederico.