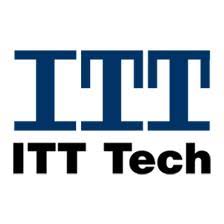 The loan forgiveness is part of a multi-state agreement with Student CU Connect CUSO, LLC, to stop collecting outstanding loans for tuition at ITT Tech, a failed for-profit college.

The Florida Attorney General’s Office and other attorneys general alleged that ITT Tech, with CUSO’s knowledge, pressured and coerced students to accept temporary credits to cover tuition shortfalls. When students were unable to repay the temporary credits, the students faced the choice of entering into high interest loans from CUSO or leaving school. Neither CUSO nor ITT informed students of the true cost of the temporary credits until after the credits were converted into a loan, causing students to default on loans and experience damaging credit reports.

More than $6.8 million in debt relief will be available to former ITT Tech students in Florida.

“Student loan debt is a heavy burden to pay off, but even more so when students are coerced into immediate payment through intimidation. This agreement holds CUSO accountable for its participation with ITT Tech in subjecting students to abusive lending practices. It also provides relief to hundreds of Florida students who attended ITT Tech and incurred debts in seeking an education,” Moody said.

Under the agreement and threat of litigation, from the Florida Attorney General’s Office and other attorneys general, CUSO agrees to:

The default rate on the loans is projected to exceed 90 percent due to loan costs and the lack of jobs ITT Tech graduates acquired to make repayment feasible. The defaulted loans continue to affect students’ credit ratings and are usually not dischargeable in bankruptcy.

ITT Tech filed bankruptcy in 2016 amid investigations by the Florida Attorney General’s Office and other attorneys general, as well as, action by the U.S. Department of Education. Overall, the multi-state agreement resulted in more than $168 million of debt relief.

Students with questions about rights under the agreement will receive information in the notices sent through the mail. Students may also contact the Florida Attorney General’s Office to file a claim by visiting MyFloridaLegal.com or by calling 1(866) 9NO-SCAM.