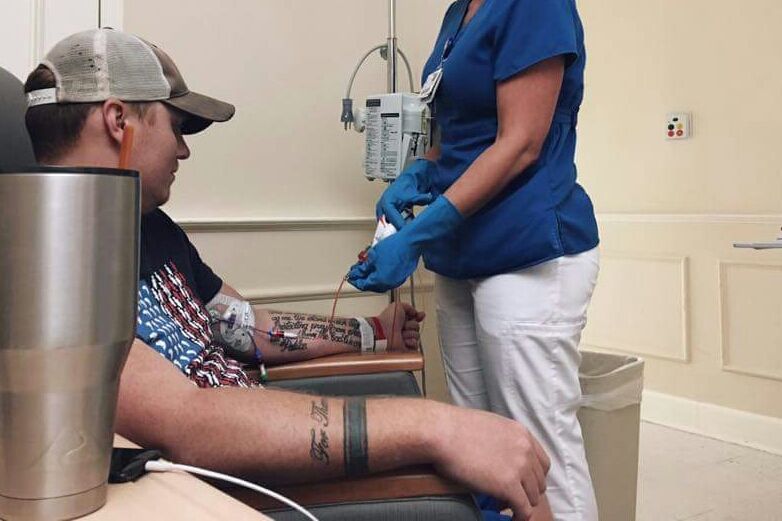 “You have no idea how much we appreciate it all,” he recently told South Santa Rosa News. “Being a Deputy with the Santa Rosa County Sheriff Office has allowed me to be a part of such a great family and community.”

“Basically, chemo didn’t work, and the cancer kept spreading,” he said. “I’m still fighting. I am currently on a clinical trial at Johns Hopkins Hospital in Baltimore, Maryland.”

Supporters have organized an April 6 First Responders Appreciation and Fundraiser for Hubbard. The event will take place from 11 am – 2 pm at the Best Western Pavilion, located at 8697 Navarre Parkway.

Santa Rosa County Sheriff Bob Johnson will be a guest speaker. The event will also feature live music and food donated by local restaurants, including Where Y’at, Broussards, Dewey Destins, The Shack, Aloha Grill and Scooters. Organizers are asking for donations of $10 per plate.

“All proceeds from raffles and silent auctions go to me and my wife and son,” Hubbard said.

Additionally, a GoFundMe account has been set up for the Hubbard family at https://www.gofundme.com/deputy-hubbard-srco-cancer-expenses.