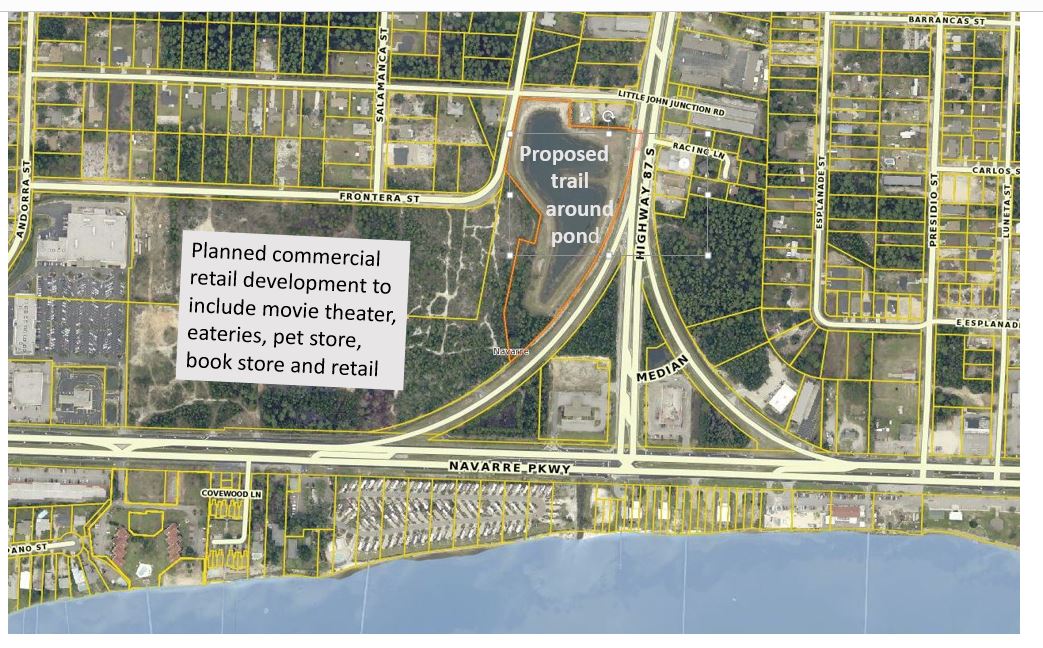 Navarre Beach Crossings, LLC, a corporation with partners including Craig Kruse and Chandler Huff, purchased the acreage January 26 for around $5.5 million.

The partners, in conjunction with Merg Hoffman, who will oversee project development, have been working with local, county and state officials to bring a major retail center to the site.

Today Williamson told South Santa Rosa News that in addition to plans for a movie theater, eateries, book store and other retail, the group also plans to work to expand green space by constructing a walking trail around a Florida Department of Transportation holding pond located on Hwy. 87 S at Montalban Street.

“It’s going to be one of the first things people see when entering the ‘Heart of Navarre,’ and the developers would like to place a fountain in the pond and build a walking trail around it,” Williamson said.

Although Williamson would not confirm or deny that developers are also pursuing a Dave & Buster’s restaurant and arcade as part of the project, he did say the group is “looking at all different options.”

Holley-Navarre Water System Vice President Will Goulet said the project will be a “great asset” to Navarre’s future and that the local utility will be working to support the development. 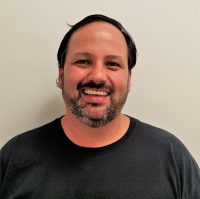 “The primary reason that I got back on the water board was to impact growth and the future of Navarre. When I was previously HNWS President, we worked with new businesses on their fees to help lower start-up costs. Now that I am back on the board, we are working to take it one step further and not only lower start-up costs by reducing fees based on past usage but also to provide options to allow new businesses to spread the start-up costs over several years,” Goulet said.

According to Goulet, the HNWS board of directors is working on cutting costs, streamlining and improving operations and being more business friendly “so that Navarre can attract major investments and new businesses to serve our growing community.”

“We are working closely with Commissioner Williamson to ensure that the HNWS is a partner for economic development in Santa Rosa County,” Goulet said.