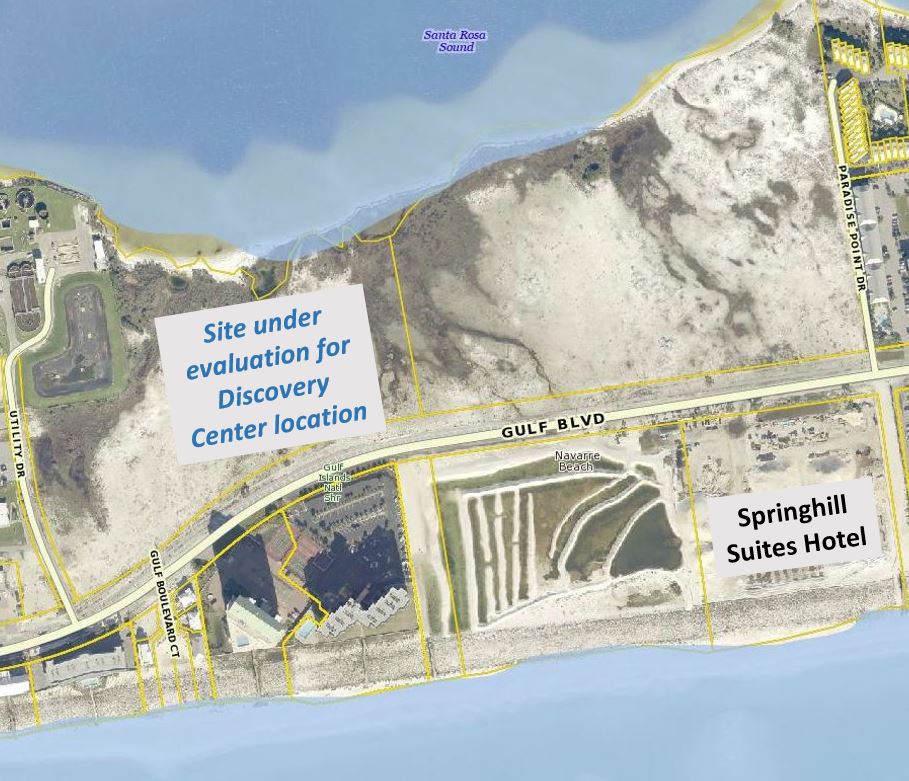 The Gulf Coast Discovery Center construction is planned for county-owned property on the north side of Gulf Boulevard on Santa Rosa Sound. 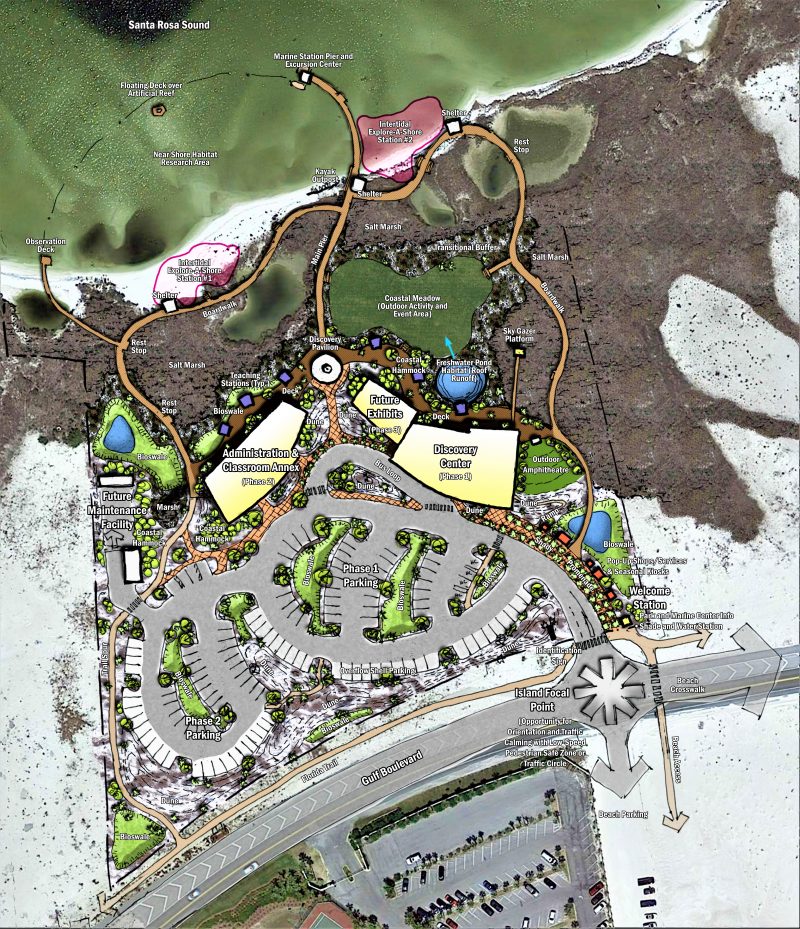 The vision of Navarre Beach Marine Science Station Founder Charlene Mauro to construct a destination venue, promoting the awareness and conservation of coastal Florida marine ecosystems, is starting to come to fruition.

Mauro for years has worked with longtime volunteers, including Navarre businessman Tom Vatter, to expand the science station by soliciting support for the design and construction a new facility which will be called the Gulf Coast Discovery Center.

Subsequently, commissioners April 19 selected Caldwell Associates to provide architectural and engineering services for the project to kick off the first phase of development.

Caldwell has previously designed other projects for the county, including the Pace Library.

“First of all, when I saw it I cried,” Mauro said of the moment she saw the proposal and model presented by the Caldwell firm. “It’s been a lot of work, and it was incredible to see someone take on our vision.”

Vatter also shared the excitement. “It’s been a long time coming with a lot of help behind the scenes from a lot of good community leaders. Commissioner Williamson has been advocating and helping steer us.”

But Vatter underscored Mauro’s passion for educating and her role in the effort. “Charlene in action, teaching kids and also teaching kids to teach other kids is amazing.”

Thousands of students have visited the science station, which provides hands-on exhibits and other interactive learning experiences. After the Discovery Center is constructed, the general public have better access to such unforgettable education experiences.

According to the Caldwell firm proposal, design and development will take place ahead of bidding and negotiating for construction, which is expected to start at the end of November and last roughly 300 days. 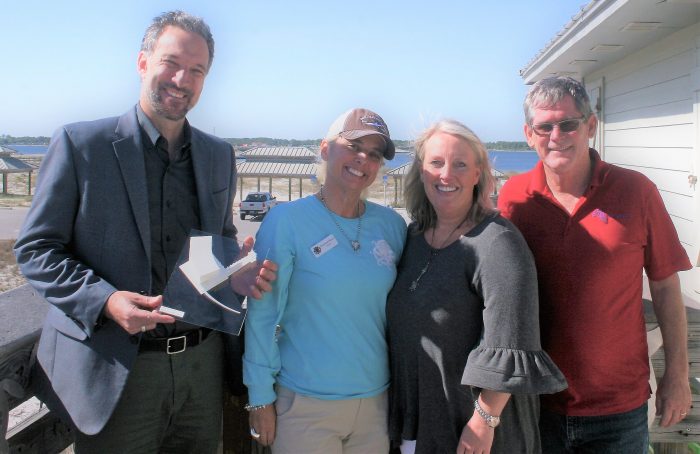 Michael W. Crawford, partner with Caldwell Associates, holds a 3-D model of the future Gulf Coast Discovery Center, the dream of award-winning teacher Charlene Mauro, who is pictured beside him with Amy Cozart, current president of EDGE, a nonprofit organization founded by Mauro and others, including Tom Vatter. EDGE since 2013 has worked to generate support for the design and construction of the Discovery Center.

According to Mauro, the new center could not be built inside Navarre Beach Marine Park adjacent the current Marine Science Station because insurance could not be secured. However, Mauro said the existing marine science station will continue being utilized, following construction of the new center further west on the island.