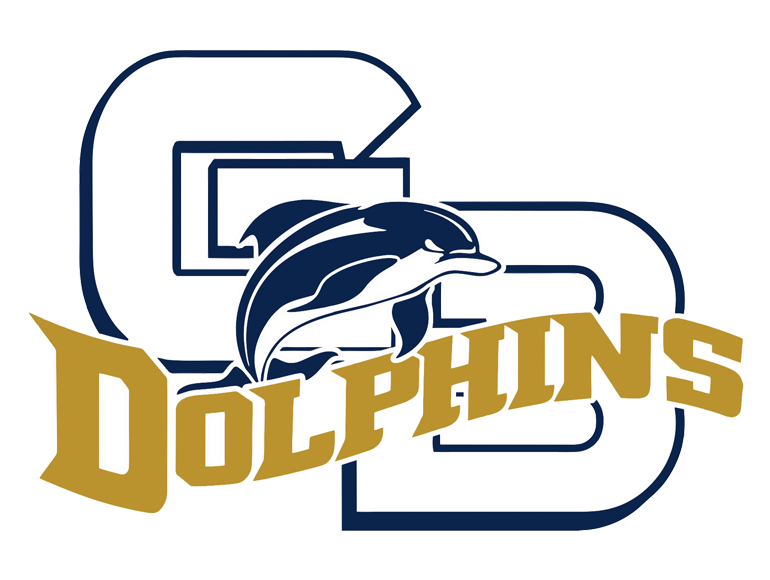 The Gulf Breeze Dolphins Varsity Football Team edged out the Choctawhatchee Indians 7-3 in the 2017 Kickoff Classic.

In a game that was slightly delayed by 15 minutes due to lightning the Dolphins came out focused. On the very first play from scrimmage, cornerback Reese Parker secured an interception from Indian quarterback Brady Ooten. This would set the tone for the defense, who allowed only 154 yards of total offense through the first half with the majority of yardage coming from passing attempts.

The Indians would answer back when Indian linebacker Colton Jennings intercepted quarterback Dylon Kelley on the Dolphins first drive which would be the first of two interceptions on the night for Kelley. Through the first quarter both teams would have defensive success as neither team could get much going on offense. “Our defense did exactly what we asked them to do,” said Head Coach Bobby Clayton. “Other than a couple big plays, I thought they played very well.”

One player who did have success on the offensive side for the Dolphins was running back Tyler Dittmer. He was successful running the ball the entire night and looks to be a threat in the backfield for the Dolphins. At 5’8 174 pounds the junior running back, with a bruising style rushing attack, would rush for over 100 yards through the first half.

After a scoreless first quarter, during a Dolphin lengthy drive, Parker would throw his second interception of the night. The Indians would then strike first with a field goal to take a 3-0 lead. On the very next drive, the Dolphins drove the ball to the 3 yard line where Parker would then hand it off to Dittmer who would take it in for the score. With 2:37 left in the second quarter the Dolphins would take a 7-3 lead.

The Dolphins defense held the Indians to 62 rushing yards through the first half which led to the Indians to pass for most of the night. Late in the second quarter with 1:33 left Ooten went for a deep pass down the middle and Parker would intercept Ooten again to get his second interception of the night. With little time left to go before half Coach Clayton did not look to score, but to continue to hand the ball off to his work horse Dittmer. “He’s like trying to tackle a bowling ball that’s going 200 miles an hour. He’s a pair of shoulder pads and a helmet running at you and he’s strong,” said Clayton.

As for the Indians, they also had some success on defense; intercepting Kelley twice, and holding the Dolphins offense to 166 total yards through the half.
Another key player who looks to be a force for the new look 2017 Dolphins team is senior middle linebacker Noah Young. At 232 pounds, the senior looks to be one of the defensive players who could carry this Dolphins defense through the 2017 season.

“I think we have the best potential,” said Young. “We have a great D-line, good linebackers, we have speed, and our secondary is real good. The only way we will lose is if we miss assignment and beat ourselves, but I know we will be good.” Noah mentioned they were a little rusty during the game, but has no doubt team will be ready for the season.

The Dolphins went 9-2 last season and 3-0 in district, which was a complete turnaround for this football team under coach Claytons first year as head coach. Undoubtedly, Coach Clayton and his football team are looking to have another outstanding season after last season’s team “set the tone” by Clayton’s standards.
“That’s what we talked about with those guys. Those guys left a legacy that these guys need to now pick up and follow,” said Clayton with emphasis. “And that’s what they’re doing. “We pushed them hard in the offseason just like last year, so these guys are responsible.”