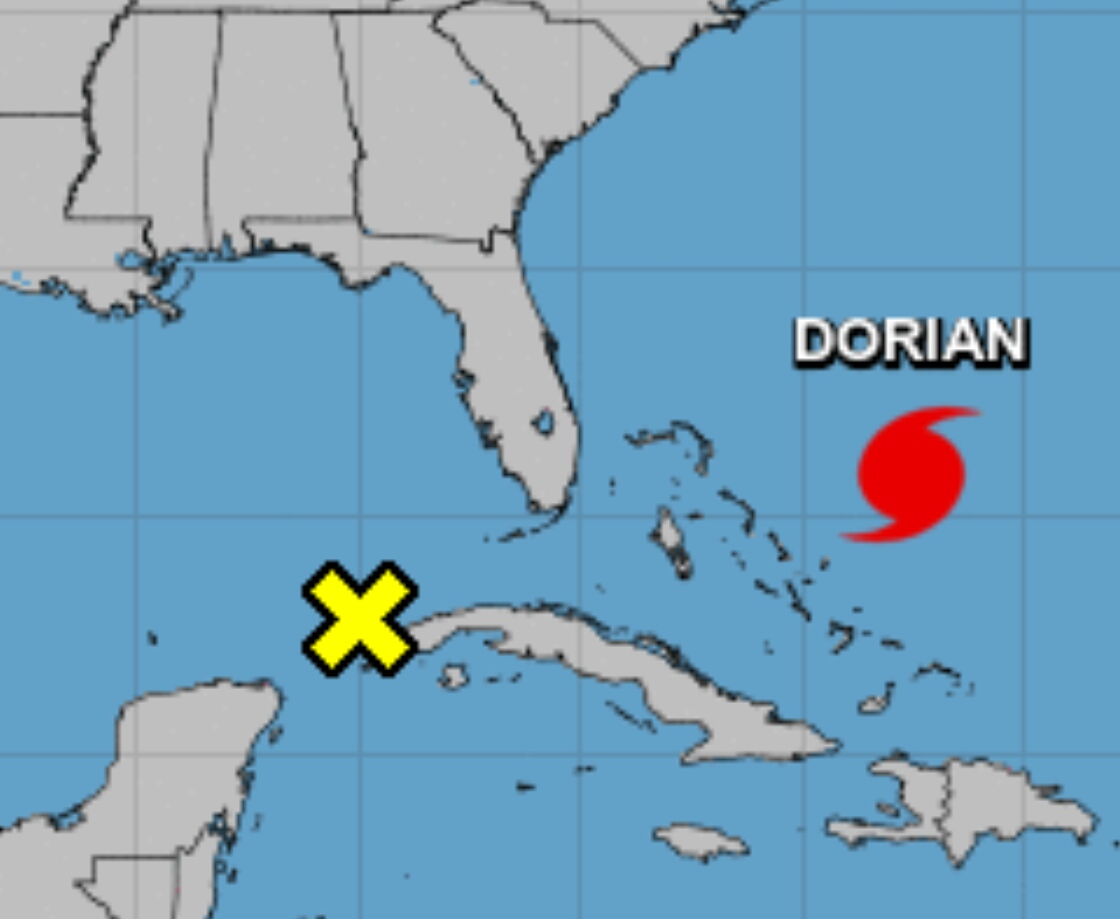 A new low-pressure system formed overnight in the Gulf Of Mexico as Hurricane Dorian continues to strengthen. 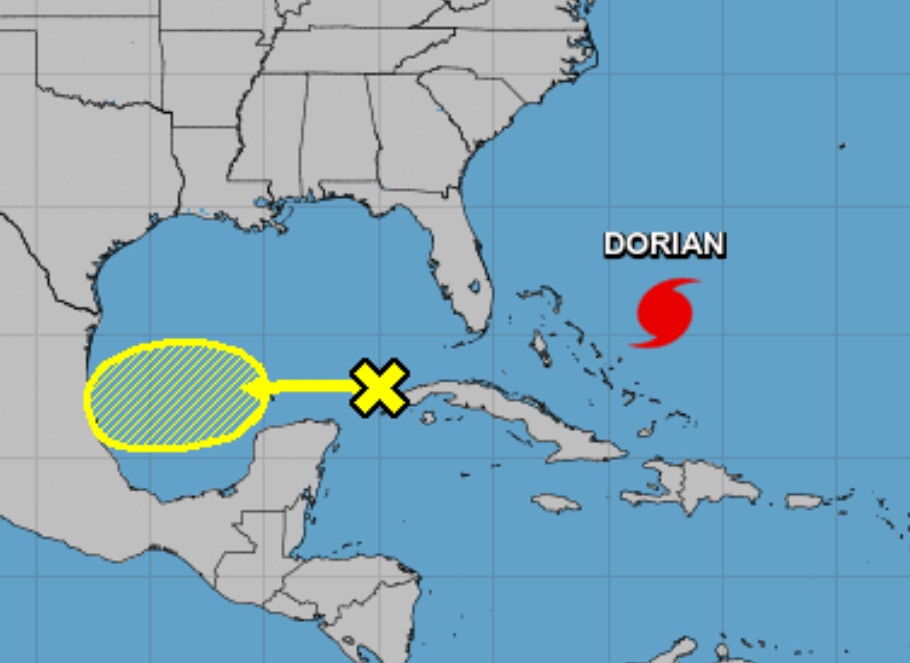 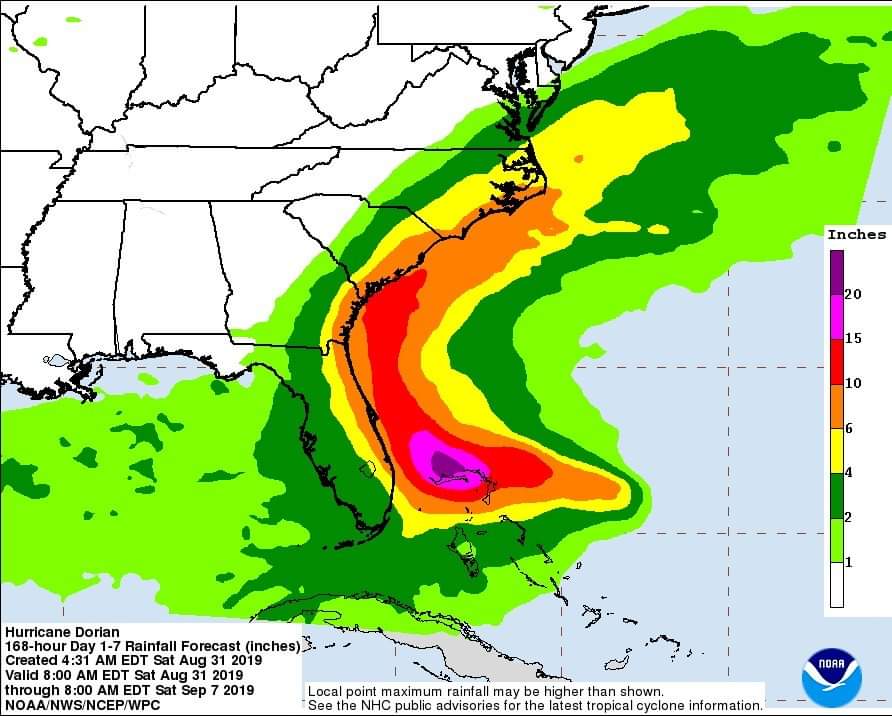 Hurricane Dorian was located near latitude 25.8 North, longitude 72.6 West. Dorian is moving toward the west-northwest near 12 mph (19 km/h). A slower west-northwestward to westward motion should begin later today and continue into early next week. On this track, the core of Dorian should move over the Atlantic well north of the southeastern and central Bahamas today, be near or over the northwestern Bahamas on Sunday, and be near the Florida east coast late Monday. Maximum sustained winds are near 140 mph (220 km/h) with higher gusts. Dorian is a category 4 hurricane on the Saffir-Simpson Hurricane Wind Scale. Some strengthening is possible today. Although fluctuations in intensity are possible early next week, Dorian is expected to remain a powerful hurricane during the next few days