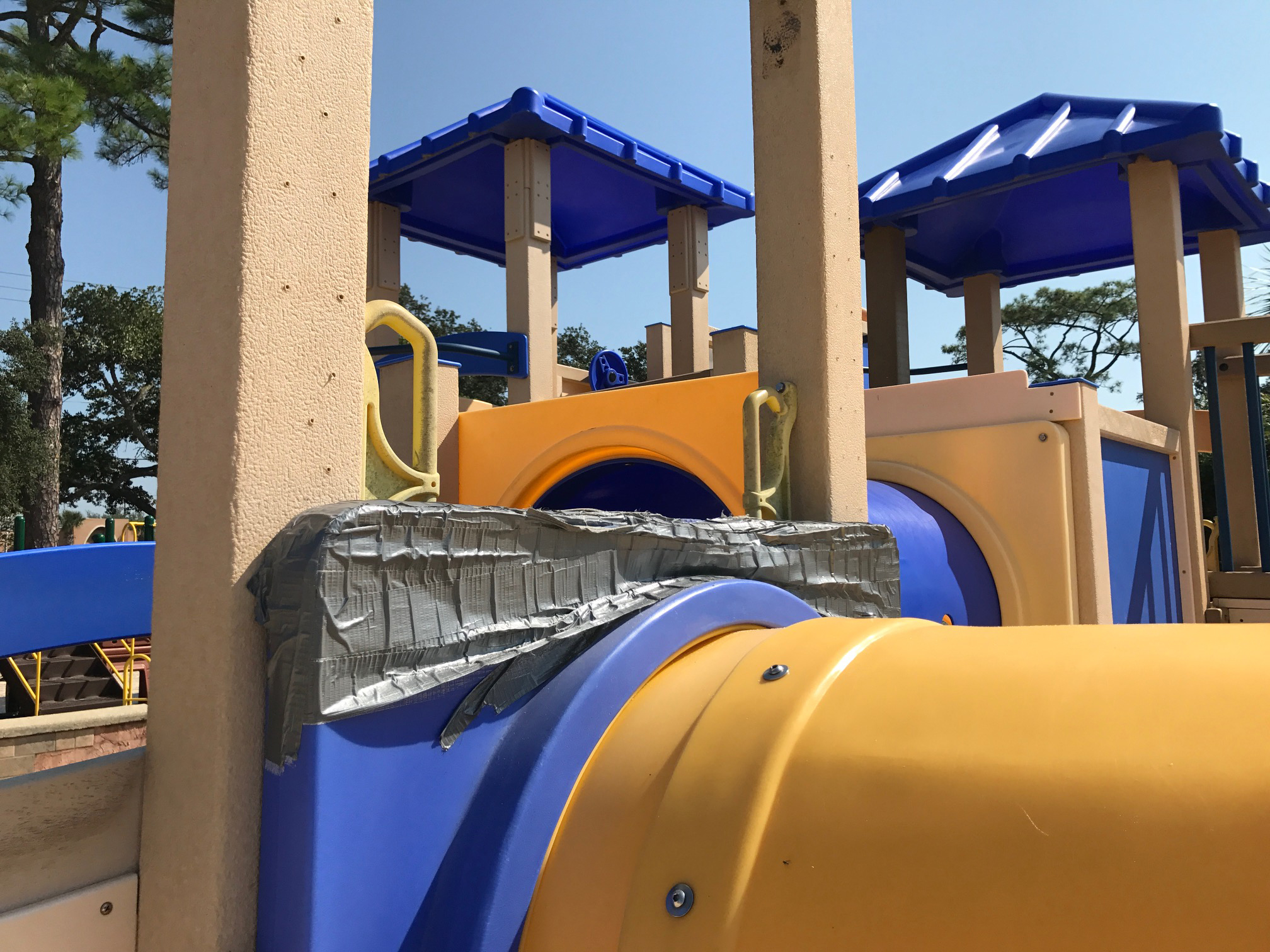 Santa Rosa County makes millions off Navarre Beach. And it’s beyond the time to start returning a fair portion of that back to our area.

About 65 percent of tourist tax revenues is generated in the Navarre Beach Area, per Commission Chairman Rob Williamson, who represents District Four, the Navarre area.

For the current fiscal year ending September 30, it’s projected the county will take in more than $2.4 million in tourist tax funding.

So doing the math, Navarre generated around $1.56 million of that.

And next year the beach will likely contribute more than 65 percent of the tourist tax revenues with the addition of the new hotel on the island.

Despite generating so much money for Santa Rosa County, Navarre has a heavily used park with playground equipment held together by duct tape, ceramic tiles falling off the wall in a children’s play area and, most concerning, what Williamson describes as “dangerous” areas, including a damaged boardwalk and stage area over water.

Additionally, storm water runoff at the park has necessitated the erection of permanent signage at the park which is flipped up or down to close the water when entering the water is a public safety hazard.

Using tourism funding to make allowable necessary and desired improvements at Navarre Park, including much-needed public restrooms on the east end of the park, is a prudent thing to do.

After all, those funds cannot be used for general expenditures or other infrastructure. They need to be tied to something which attracts tourists.

Not only is the Navarre Visitor Center located inside the park, but also the Panhandle Butterfly House is on site and lures in 11,000 out-of-town visitors annually.

Phase I of the park improvement plan include a new 1,500-square-foot vivarium for the Butterfly House and public restrooms on the east end of the park.

The safety repairs, storm water issues and infrastructure improvements, including more parking and restrooms on the east end of the park are greatly needed, yes.

But aesthetic improvements are needed as well. The park is located at the base of Navarre Beach Bridge, the gateway to the island, and it’s currently an eyesore.

Williamson has identified funding sources for the first phase of the project. But he needs the support of his fellow commissioners.

Before Williamson was elected there was only one public playground in Navarre.
Since then he has successfully pushed for improvements at that NYSA playground and added a second playground at Holley Ball Park.

Williamson would also like to explore adding more sports fields in an effort to lure sports tourism dollars to the county.

It’s time for county commissioners to start paying better attention to Navarre, and they can start by listening to the ideas Williamson has for park improvements because many of those ideas came from public meetings about the park and concerns citizens shared have with him in recent years.