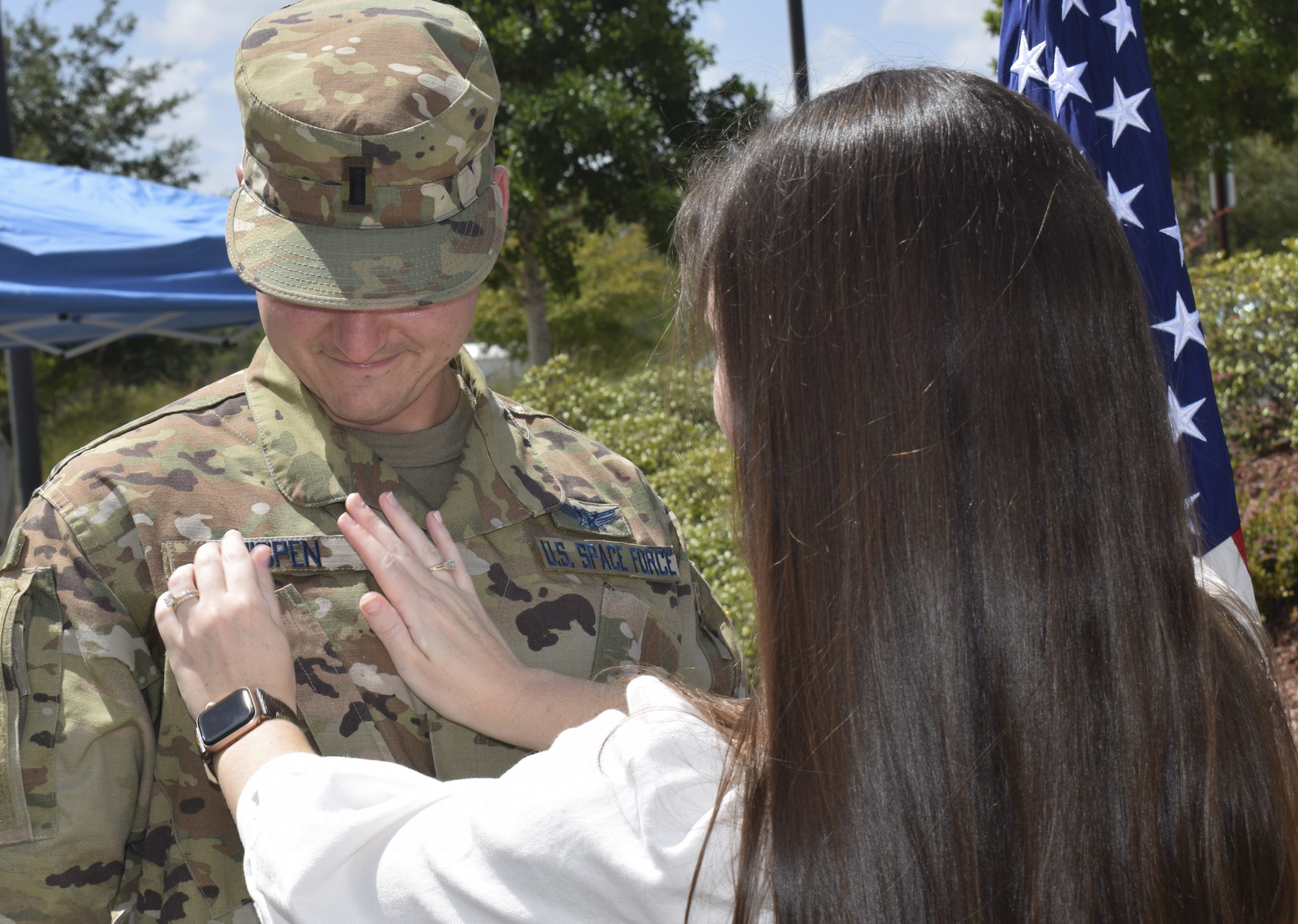 More than 30 officers and enlisted military members were among the first to join the newly formed United States Space Force during an official swearing in ceremony here Sept. 3.

Those members were former Airmen with the 20th Space Control Squadron.  After being sworn in to the new military branch, squadron personnel exchanged Air Force spice brown for Space Force blue thread uniform insignias and a full color American flag worn on their left shoulder.

“I am extremely honored and humbled to be one of the founding members of the U.S. Space Force,” said 1st Lt. Conner Thigpen, 20th SPCS crew commander.  “The military provided me with an incredible opportunity and I am excited to continue my service to the nation by protecting U.S. and Allied interests in space.”

The 20th SPCS operates the AN/FPS-85 Phased Array Radar located at Site C-6 here.  Serving as Eglin’s only space weapon system, the unit’s missions and designations varied throughout its 51 years of operations.

The unit’s new Space Force squadron designation is currently in development and will be released in the near future.

The USSF was officially established as the sixth branch of the U.S. military Dec. 20, 2019.

“This is truly a pivotal moment in U.S. military history.  Much like how the creation of the U.S. Air Force in 1947 marked a national dedication to the development of Airpower, the birth of the U.S. Space Force echoes the same dedication to Spacepower through unencumbered development of space professionals and capabilities,” said Lt. Col. Michael Wilson, the squadron’s director of operations.