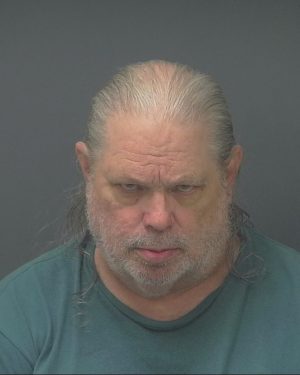 Deputies around 1:30 a.m. on November 25 responded to a welfare check requested by Lori Palileo, who told police her caretakers, Thomas and James Hermann, had removed her from inpatient care at Bay Breeze Nursing and Rehabilitation Center and were not allowing her to take any medication.

According to the arrest report, when police arrived on scene in the 2800 block of Joe Pruitt Road in Navarre, the residence was found to be in “terrible condition” and unsafe with floor boards which shifted under weight “as if they were going to break.” Numerous spiders and cobwebs were observed along with dirty dishes left out with mold in them.

Cops say the bedroom where Palileo was staying had exposed insulation, and fiberglass insulation fragments were observed on the bed where she was laying.

Because of the condition of the home and what Palileo reported, EMS initially responded. But she refused to go to the hospital, and the Department and Children and Families was notified.

Palileo contacted law enforcement again around 2 p.m. and provided further information during a second welfare check, stating her caretaker, James Hermann, had thrown a “fit” with staff at Bay Breeze, demanding she not be treated with any medication.

Officers subsequently conducted a third welfare check and spoke with James who told them DCF had visited earlier. He told cops “everything is fine.” 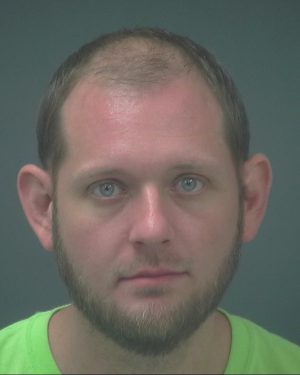 When police asked if Palileo was taking medications as prescribed, police say James told them “the doctors don’t know what they are doing” and that he knows better than they do.

James was described as hostile and argumentative during the entire encounter and accused the cops of harassment. He told police that Bay Breeze discharged Palileo because she did not need to be there and staff said she could come home.

Officers informed him paperwork provided to them contradicted his assertion.

Discussions took place about Palileo returning to Bay Breeze, but police say James continued to assert that she “was not going anywhere” and that she was “fine.”

At this point, cops say during the discussions it became apparent that the caretakers were not going to allow her to receive proper medical treatment or care.

While on scene officers observed Palileo to be “very lethargic” with garbled and mostly unintelligible speech. It was also reported that she was not oriented and was confused on occasions while at Gulf Breeze ER.

It was determined that the patient could not make the decision on her own to seek medical treatment, and EMS was called for transport.

Because the Hermanns removed Palileo from a medically required Skilled Nursing Facility against doctor’s orders and took her to an “unsafe, derelict” location where he continued to fail to provide her with proper medical care and refused to let her go back to be treated as prescribed, cops requested a warrant for their arrests.

The redacted arrest report did not specify how the Hermanns are related to Palileo.