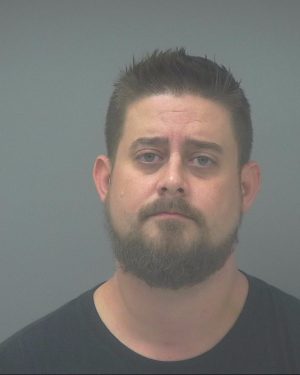 Weidman, 38, a resident of Midway, was booked into Santa Rosa County Jail at 12:34 p.m. yesterday, following his release from a local hospital. He is currently being held without bond.

Police say that in each one of the crashes the driver of the Jeep did not stop, but yet continued traveling eastbound on US Highway 98 until the suspect collided with the next vehicle until he lost control of the Jeep and and collided with a tree.

Per FHP, all the individuals that involved sustained minor injuries.