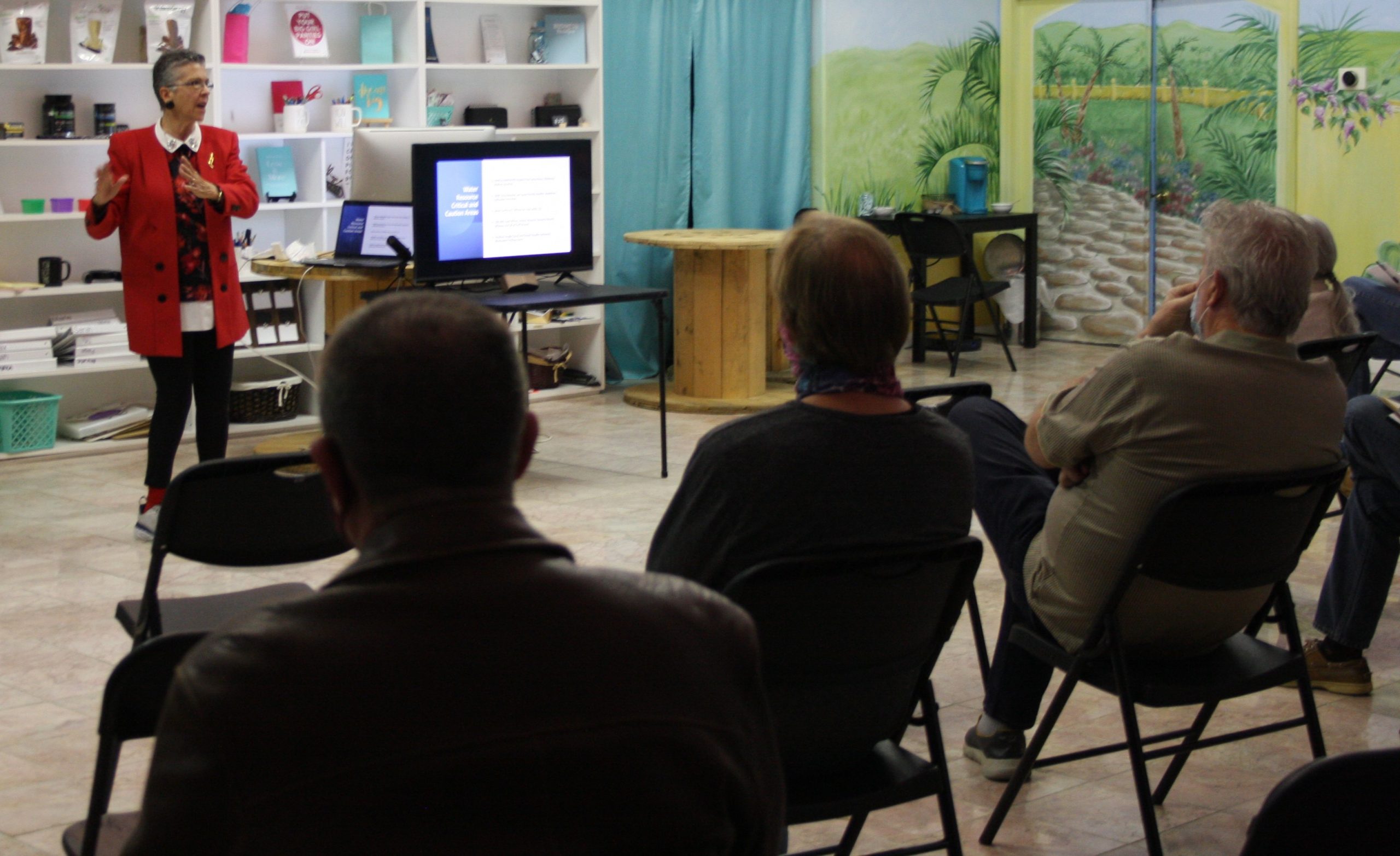 Carmen Reynolds, a retired Air Force lieutenant colonel and an award-winning journalist, facilitated a January 20 presentation to explain the concerns over proposed amendments to the county’s comprehensive plan. Photo by Romi White.

District 1 Commissioner Sam Parker (Pace area), District 2 Commissioner Bob Cole (East Milton/Milton area) and District 3 Commissioner James Calkins (north Santa Rosa) voted to support the changes which would allow expansion of barrow pits within the well field protection area which is home to a dozen water wells from which the potable water supply is extracted from the sand and gravel aquifer.

The action is being reviewed by state agencies and will come back before the entire board of county commissioners soon for a required public hearing, which hasn’t yet been scheduled.

Ahead of the hearing, South Santa Rosa residents and utilities are joining forces to fight the changes.

“This water crisis is a more serious threat than originally thought,” said Carmen Reynolds of the Coalition for Santa Rosa’s Water Future, who led a January 20 presentation in Navarre. Reynolds discussed why the well field protection area was established and ideas for what residents can do to resist what she calls an “assault on their health, quality of life and their pocketbooks.”

Reynolds says the wellfield protection area is under duress. She took aim at the three north end commissioners who she says are “hell bent” on bringing the comprehensive plan changes to fruition, “no matter how many residents it affects or how expensive alternatives may be for water utility customers in East Milton, Holley, Navarre, Navarre Beach, Midway and all of Gulf Breeze.”

Barrow pit owners inside the well field protection area argue that backfilling pits with vegetative debris is not a threat to the environment or groundwater.

Utility companies have vowed to fight the changes – with lawsuits, if necessary.