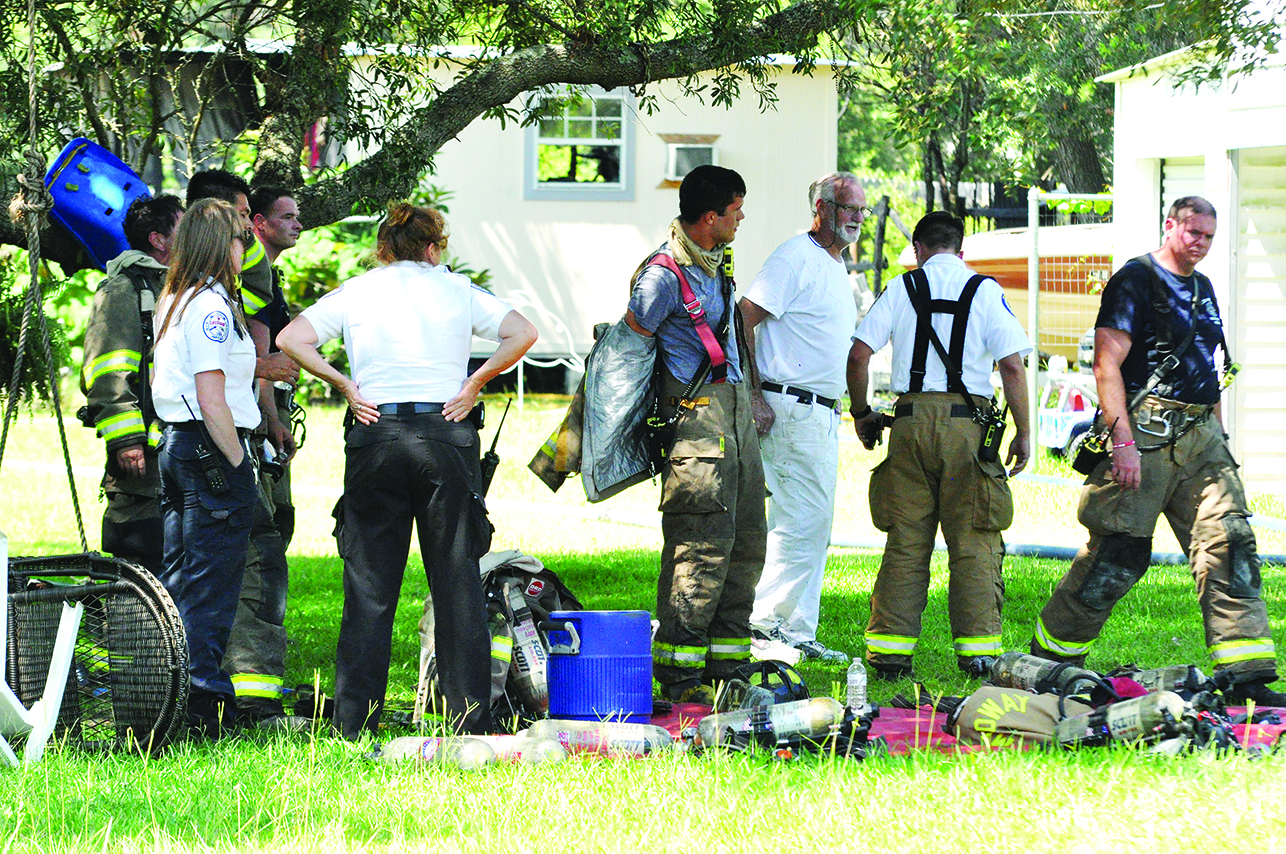 A fire completely destroyed a single-wide mobile home in Midway on Tuesday in the Bal Alex subdivision.
The structure fire started around 2:04 p.m. at the 1500 block of Phyllis Court in Gulf Breeze and Midway Fire Department was first on scene.
Holley-Navarre Fire Department later arrived to back up Midway as they fought the blaze.
The owner of the home was not inside during the time of the fire, according to Midway Fire District Chief Jonathan Kanzigg.
“The fire was a total loss and was extinguished within 2 minutes of the first fire unit arriving on scene,,” Kanzigg said.
The cause of the fire is still under investigation as of press time.