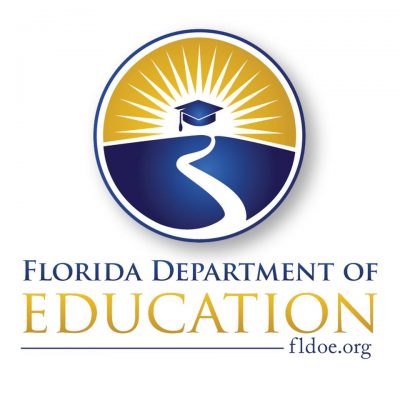 School districts in 43 of Florida’s 67 counties already utilize a state safety program which provides for highly trained armed personnel and/or volunteers in schools. But Santa Rosa County District Schools hasn’t yet implemented the Guardian Program, and Florida Education Commissioner Richard Corcoran is encouraging the school board to start.

The Coach Aaron Feis Guardianship Program was established in 2018 through the Marjory Stoneman Douglas High School Public Safety Act. In its initial report, the Marjory Stoneman Douglas Public Safety Commission found that having Guardians in schools is the best way to ensure highly trained personnel are in place to respond immediately in the event of a school shooting.

Santa Rosa County District 3 Commissioner James Calkins at a June 25 event in Pensacola discussed the need for the Guardian Program in Santa Rosa schools with Florida Governor Ron DeSantis, who said he would have someone look into it.

Subsequently, Corcoran issued a July 2 letter to the Santa Rosa County School Board Members and Superintendent Karen Barber in which he strongly recommended participation.

Johnson and county commissioners voiced support for Santa Rosa schools to start utilizing the Guardian Program after Calkins brought up the issue during the June 22 commission meeting.

“It is also encouraging to learn of Sheriff Johnson’s support for Guardians. I strongly recommend that Santa Rosa join their Panhandle neighbors in establishing a Guardian program to enhance security in the district’s schools,” Corcoran stated.

Corcoran went on to say that the Guardian Program has been successfully implemented by two-thirds of Florida school districts as either the primary safe-school officer coverage or in addition to campus law enforcement officers.

Sheriff Johnson told South Santa Rosa News he supports the program as a supplement to and not a replacement of the existing School Resource Officer program.

Per FDOE, Guardians must complete 132 total hours of comprehensive firearm safety and proficiency training and 12 hours of diversity training, as well as rigorous psychological and drug screenings.

“It is worth noting that in order to qualify, Guardian candidates must achieve a higher pass rate than law enforcement recruits on the firearms portion of their training,” Corcoran said.

“The flexibility of such programs allows districts to tailor Guardians to fit the specific needs of their schools. As more districts choose Guardian programs for their schools, I encourage Santa Rosa County District Schools to pursue this as well,” Corcoran said.

District 1 School Board Member Linda Sanborn said utilizing the Guardian Program is a “complex situation.” Sanborn said she would consider training volunteers to embed in the school but believes that is the sheriff’s decision to make. “If Sheriff (Johnson) felt as though something in the Guardian Program would be helpful, I would not be against it,” Sanborn said. However, she stressed that she is “100% unequivocally against arming teachers and staff, based on 35 years classroom teaching.”

Sanborn said she believes it’s the school district’s job to educate students and that the sheriff’s job is security. “I think the ball is in the court of the Sheriff. We need to hear what the Sheriff has to say,” she said.

Johnson, however, places the decision on the school board. “The only one that can allow guardians is the school board. If we add them on a strict case-by-case basis in addition to the School Resource Officer (program), I’m fine with it,” he said.

The Guardian Program is currently not on the agenda for the Thursday, July 8 Santa Rosa County School District board meeting. That meeting starts at 9 a.m. in the cafeteria at Woodlawn Beach Middle School, located at 1500 Woodlawn Way in Gulf Breeze.