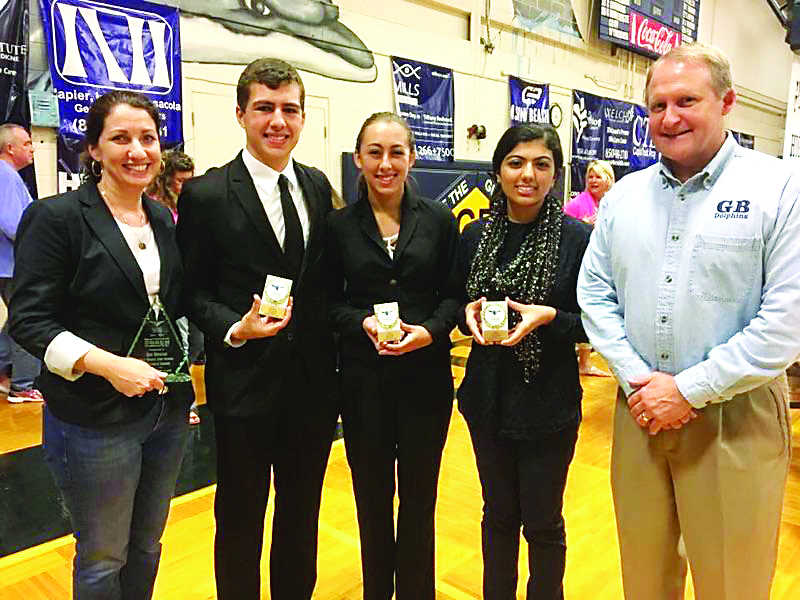 Gulf Breeze High School’s Debate Team will be sending 16 of their team members to states following a solid placing at the 2017 Florida Forensic League’s Varsity State Speech and Debate Championship, which the school hosted last weekend.
The top debaters from all over Florida competed for state titles in twelve different speech and debate events.
The event was the first time in over a decade that a Panhandle school has hosted the prestigious tournament.
Over 450 students competed during the two-day competition, and 200 volunteers helped with tasks such as judging.
Dolphin Emen Sukera was named an Octofinalist in the Lincoln Douglas Debate while Dolphins Rachel Grimley and Liam Werner were named Octofinalists in the Public Forum Debate.
During the awards ceremony, GBHS Debate Coach Kim Messer was hit with one more accomplishment for her team, earning the honor of the 2017 Regional Coach of the Year for the Panhandle.
The following students qualified for the state competition: 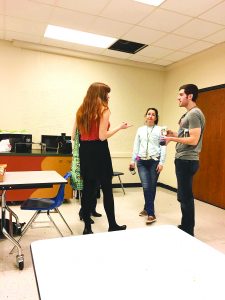