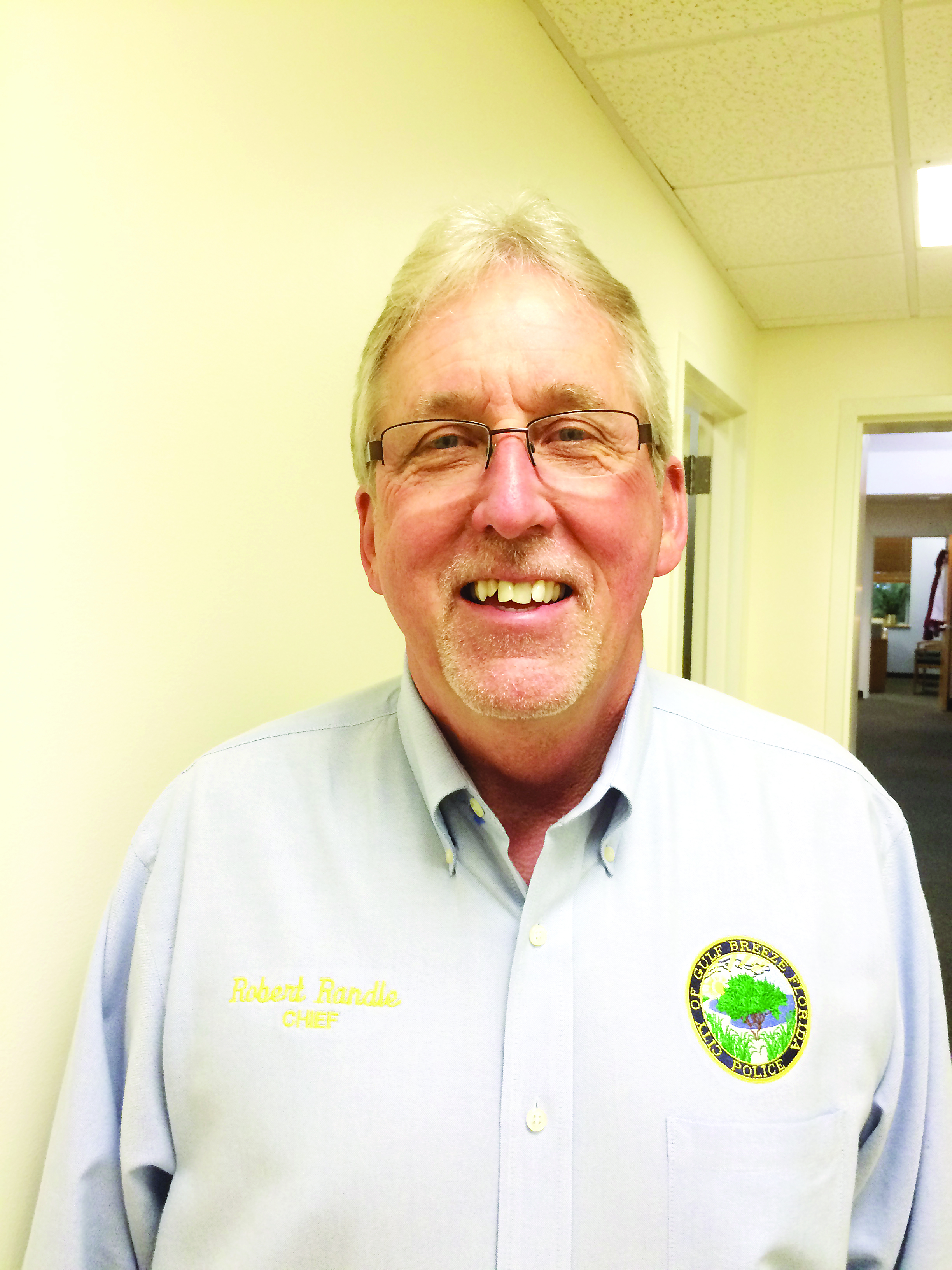 The City of Gulf Breeze Police Chief might have an extra set of eyes watching over his city thanks to a request he threw into the hat at Wednesday night’s Gulf Breeze Executive Committee meeting.
Chief Robert Randle proposed that the city utilize Red Light Camera monies to purchase or replace surveillance cameras within the city limits at a cost of $22,500.
Currently, the city has two cameras on top of a water tower behind the city’s fire station, as well as some mounted on the Pensacola Bay Bridge and Bob Sikes Bridge.
Several of those cameras, however, have been damaged during lightning storms or have just stopped working. Vegetation near some cameras have grown up as well, causing the department to look at other mounting options.
“We have one camera at the south end of the 3-Mile Bridge near the city statue. That statue at Wayside Park can be viewed as well as the Bay Bridge and portions of U.S. Highway 98,” Randle said. “This camera is of no use now due to the large oak trees that now block the camera’s view.”
Randle said that particular camera will have to be moved to the opposite side of Hwy. 98 in order to keep the lens’ view from being obstructed.

“There have been problems over the past year with cameras being struck by lightning and other issues which have rendered them inoperable,” Randle said. “We would like to do repairs and maintenance on this existing system, including purchasing some new cameras to replace the non-working ones and have one as a spare.”
Earlier this year, the police chief said traffic accidents numbers were up slightly in the city limits.  The city typically utilizes their camera system to monitor traffic activity and also to monitor criminal activity within the city. That information is often utilized to warn residents through their NIXLE program about stalled vehicles or accidents within the city limits and on the Pensacola Bay Bridge.
“These cameras store video footage, which has been used as evidence in the past,” Randle said.
GBPD dispatch monitors the cameras 24/7 in their dispatch center, and is how they relay information to officers and residents to keep traffic flowing smoothly.
Randle proposed purchasing 3 cameras total at a cost of $9,750. The rest of the $22,000 price tag would come in the form of truck rentals and labor. Randle proposed allowing Cyber One Systems to install the cameras. The company had previously installed the city’s camera system.
The police department is wanting to relocate the camera at Shoreline Park to another pole, which has electrical power. They also want to install surge protectors, static dispenser and shielded cable for the cameras that are often struck by lightning.
Currently, the city has a camera at the Gulf Breeze High School football stadium, which Randle said needs to be adjusted as well to give his dispatchers a better view of the are surrounding the stadium.
The project is expected to cost a little over $5,000 in labor, while roughly $4,000 of the cost of the project will include equipment upgrades for existing cameras within the city.
That $4,000 will include surge protection devices that will be attached on lightning strike prone cameras to prevent the city from having to replace the cameras again within the near future.
The city is anticipated to OK the upgrades and purchases at their June 5 City Council meeting scheduled for 6:30 p.m.