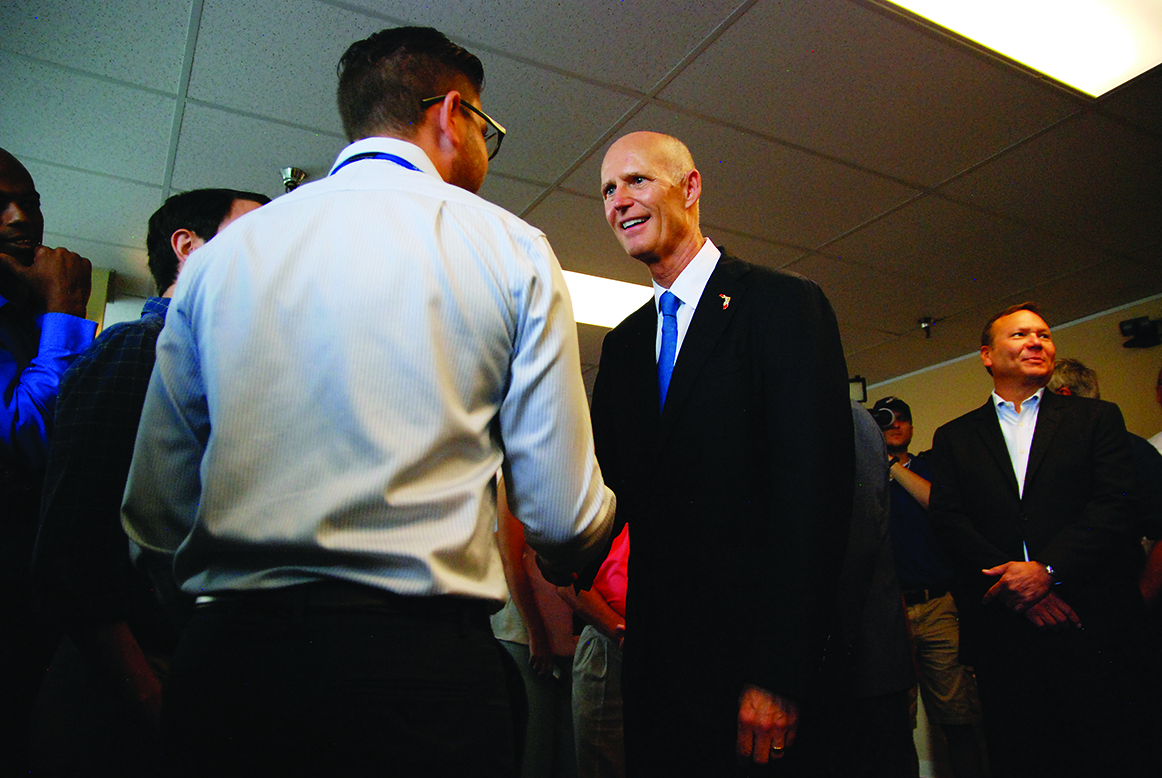 Governor Rick Scott will deliver his annual State of the State address at 11 a.m. tomorrow from the Florida House of Representatives Chamber.

Below are excerpts from his speech as prepared for delivery:

When I was in business, I would see politicians come and go and always make promises that they would be business-friendly, cut taxes and reduce regulations. And usually, it was all just talk. Nothing much ever happened.

I have done business in almost every state, and when I brought an issue about permits or licensing to government leaders, they would often just repeat their same promises and reassure me that they would get back with me. Of course, they rarely ever did.

In 2010, when I ran for Governor, I promised to change the status quo and create an environment where businesses can succeed and create jobs for Florida families, and the results speak for themselves.

Working together, we’ve created an environment where our private sector has added nearly 1.5 million jobs, our GDP has grown 26 percent, home values have skyrocketed, we’ve decreased state debt by $9 billion, and our unemployment rate has dropped from over 10 percent when I took office to a more than 10-year low of 3.6 percent – even lower than the national rate.

Those are some great statistics… but this is not about statistics. It’s about real people.

I want 2018 to be the year that Florida voters pass a constitutional amendment that makes it harder for politicians to raise taxes. My proposal would require 2/3rds of the legislature to vote on a tax increase for it to become law.

Some have asked if this proposal would be in effect during a financial emergency or another national recession….and my answer is clear…ABSOLUTELY.

It is during times of economic downturn where this proposal is needed the most. It will force leaders to contemplate living within their means rather than taking the easy way out and just sticking it to the public by raising taxes on families and job creators.

I don’t think anyone in this room could have predicted the mammoth storm Hurricane Irma would become. There wasn’t a portion of our state that was safe from Irma. We saw it shift, turn, and literally cover our entire state- It was like a scene from a movie.

But, Floridians came together and faced Hurricane Irma head on.

As I traveled around the state, I heard story after story of families helping one another and communities standing together. The response and solidarity that was shown by our state was one of the proudest moments that I have had as Governor. And when I was urging people to get prepared for the storm and to evacuate, so many of you were there to help raise awareness in your communities.

And after the storm, we showed up. From handing out water, to working at food banks, so many Floridians and many of you in this room helped your neighbors in need.

I believe Florida has come back even stronger.