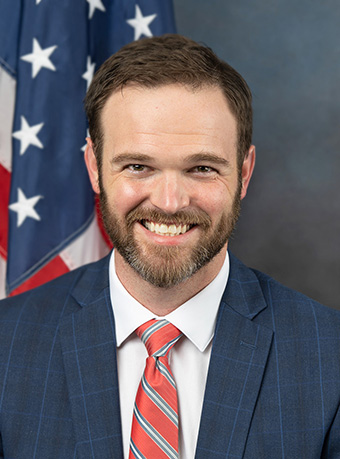 The Edelman Trust Barometer measures the public’s trust in institutions (government, business, media, etc.). The Barometer’s 2021 report shows people desperate for facts, but unsure of who or what to believe, and unsure if they themselves can determine the difference.

Politicians misuse power when left unchecked; it’s human nature, and America’s skepticism is justified. But why is trust in the media plummeting to such historic lows?

I believe this distrust is being caused by the media’s refusal to look in the mirror. The media is just as capable of abusing power as the politicians they want to hold in “check.”

While receiving a paycheck from the PNJ, Marlette wrote five columns attacking my character and supporting his preferred candidate in that race. Since then, Marlette has used the PNJ platform to say that I’m spineless, to gloat that I was punched in the face, and claim I will betray voters “for any lobbyist… willing to drop 30 pieces of silver onto the dirt” in front of me. Apparently, zero substantiation is needed in the PNJ’s opinion section.

In April, the PNJ published an editorial vilifying me and praising Senator Broxson by comparison. It insinuated I’d been influenced by unnamed “lobbyists” for Skanska. The editorial claimed that I “refused” to sign a letter to the Governor to justify the column. Disregarding the fact that I was never asked to sign the letter in the first place, Senator Broxson and I gave the same reason to the same reporter why the letter would be meaningless; and neither of us ever signed such a letter. I asked the PNJ to show me what Senator Broxson and I had done differently to justify their accusations; they refused.

Nobody thinks I’ve been soft on Skanska, so why did PNJ editors create that false narrative? Why would the PNJ want to sow division in our legislative delegation by creating a false narrative?

The reason for the abuse of power is both obvious and petty, Marlette doesn’t like Governor DeSantis and Congressman Gaetz, and their endorsements of me left a bad taste in his mouth (he wrote a whole opinion column about it). Unfortunately, when his abuse of power towards a local politician like me is this obvious, it further erodes the PNJ’s credibility for actual reporting.

Conservatives won’t trust a paper publishing editorials that “insinuate untruths” written by petty employees. It’s an abuse of power, and it undermines the work of PNJ reporters.

For the dwindling number of conservatives, like me, who still subscribe to the PNJ, it isn’t newsworthy that editors and their employees abuse the power and platforms they control: it’s just human nature.

We expect politicians to self-assess, check our motives, and answer to the public; for the media to regain a position of public trust, its members need to take a look in the mirror and do the same.