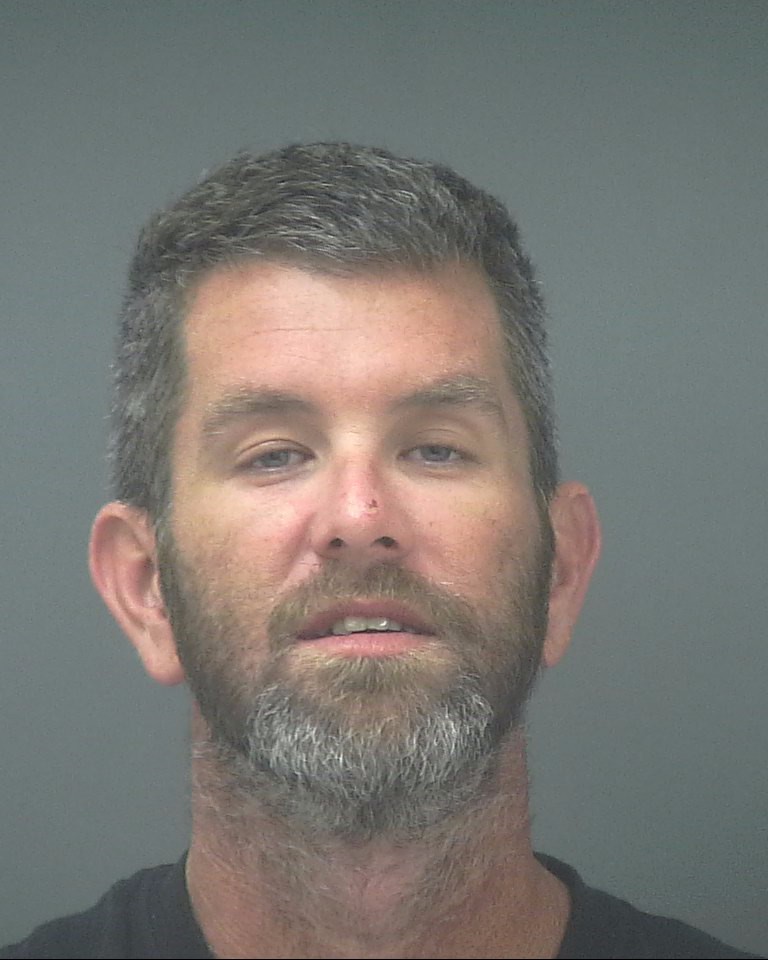 A Gulf Breeze man was put behind bars at Santa Rosa County Jail after his live-in girlfriend of 5 years alleged he choked her and pushed her down a set of stairs last Sunday night.
The suspect, Christopher Ellender, 38, was arrested following the allegations and charged with misdemeanor Battery.
According to the Santa Rosa County Sheriff’s Office arrest report, a Santa Rosa County deputy was dispatched to a home on Capitol Drive in Gulf Breeze in reference a disturbance at 10:39 p.m. that night.
When the deputy arrived at the home, he spoke with the victim who claimed that earlier that night, Ellender “got mad” at her and hit her on top of the head and choked her inside of their trailer, the report stated.
After the alleged assault, the suspect left the trailer and went to his mother’s house, which was next door to his trailer. The victim claimed that when Ellender left the trailer, he cut the electricity off to it and that she eventually went outside to talk to the suspect.
She stated she went over to her mother’s house and started talking to Ellender on the front porch, which is when the suspect allegedly grabbed her around her throat and threw her down the stairs of the front porch, the report stated.
She then called 9-1-1 to report the incident.
According to the report, the victim had a 2-inch red scratch on the top of her left forearm and a 2-inch scratch on the inside of her left forearm. The report also stated the victim had 2 scratches on her right leg and knee and had redness around the front of her neck.
When the deputy spoke with Ellender he claimed he got into an argument with the victim, but denied touching her.
The deputy later spoke with the suspect’s mother who claimed she saw the two verbally fighting on the front porch, but did not observe any physical violence.