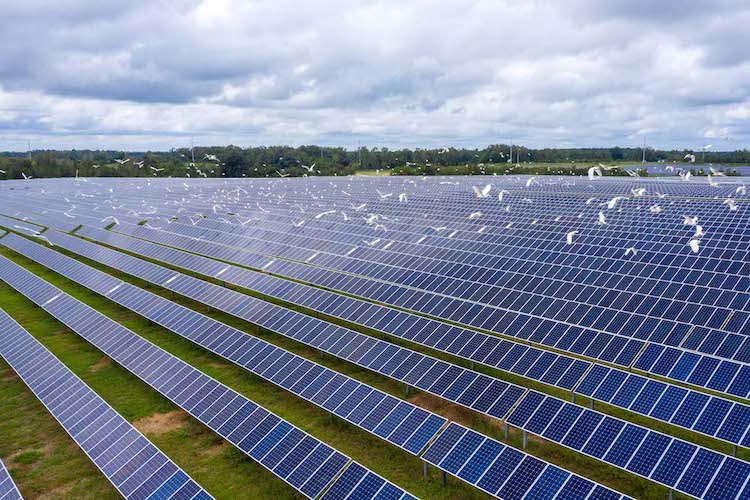 As part of Florida Power & Light Company (FPL), Gulf Power announced the start of construction of two new solar energy centers that will begin powering customers with clean, zero-emissions energy by the end of the year. At around 500 acres each, these new sites will bring an additional 600,000 solar panels to Northwest Florida and add to a more sustainable energy future for the region and state.

“As part of FPL, we’re ushering in a more sustainable future for Northwest Florida by delivering cleaner, lower-cost energy and increasing reliability while keeping costs down for our customers,” said Mike Spoor, Gulf Power vice president. “With each solar farm that we build, we’re reducing our carbon footprint and providing cleaner air for our region, ensuring we keep Northwest Florida beautiful for generations to come, while also benefitting the local economy with the contribution of hundreds of thousands of additional tax dollars.”

The new solar energy centers under construction in the Panhandle are:

The projects will join Blue Indigo Solar Energy Center that went into operation on April 1, 2020 as part of Gulf Power’s commitment to bring cleaner, more cost-effective energy to its customers. It is the first solar energy center Gulf Power, as part of FPL, owns and operates.*

Additional solar farms are in the early phases of development across Northwest Florida, including:

Greater visibility of working solar technology is coming to Northwest Florida communities with the installation of solar trees and solar parking canopies. The first two solar trees are being installed in Pensacola on the corner of Main and Reus streets at the Wahoo stadium crosswalk, with additional installations popping up in other popular spots in Pensacola, Fort Walton Beach and at Destin’s HarborWalk Village Boardwalk.

The two new solar energy centers under construction, as well as the additional solar farms under development across Northwest Florida, are part of FPL’s commitment to further advance affordable, clean and reliable energy for all of its customers throughout the state. The company operates 34 solar energy centers across the Sunshine State – including Gulf Power’s Blue Indigo Solar Energy Center in Jackson County – with plans to continue building clean solar power for our customers.

By building universal-scale solar energy centers across Florida, FPL and Gulf Power are taking advantage of the extended sunshine across the state’s vast peninsula, which spans two time zones. The company’s transmission system allows energy produced from the solar energy centers all over the state to benefit customers throughout its entire service area.

In addition to its solar projects, the company also recently broke ground recently on the FPL Manatee Energy Storage Center, the world’s largest integrated solar-powered battery system. This groundbreaking energy storage system is part of an innovative modernization plan that is expected to accelerate the retirement of aging natural gas units at a neighboring power plant.

Located in Parrish, Fla., the FPL Manatee Energy Storage Center is expected to begin serving customers in late 2021 by storing extra energy produced by the nearby FPL Manatee Solar Energy Center when the sun’s rays are strongest and sending it to the grid when there is a higher demand for electricity – meaning customers will benefit from solar energy even during times when the sun is not shining, such as at night or on a cloudy day.